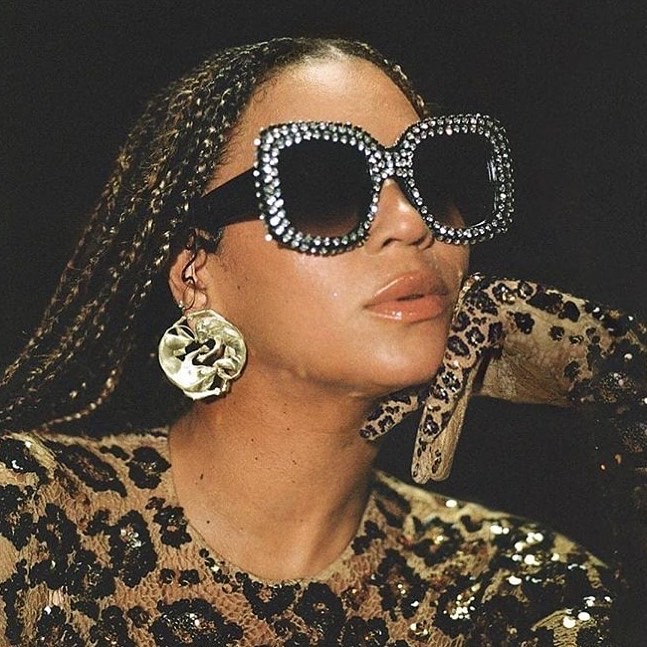 We (and I’m sure the rest of the world) still cannot get over Queen Bey’s visual film, Black Is King. What captivated audiences the most was the film’s astounding fashion and beauty most of which were designed by Black and independent designers and styled by the talented Zerina Akers. Earlier this week, we chatted with a few designers like Alejandro Collection and Deviant la Vie who were featured in the film and shared details on their design processes.

To further add to your obsession with the film’s breathtaking fashion and style, we’ve got yet another exclusive with a designer from the Black Is King! We sat down with designer Kerin Rose Gold of A-Morir who is the creator behind Bey’s glamorous crystal sunglasses and accessories! Kerin is not new to the world of fashion as her brand has been around since 2008 and her clients include Rihanna and her Savage X brand, Jennifer Lopez, Lady Gaga, Billy Porter and Lizzo.

Get into her inspiration, preparation, and more behind her pieces:

On preparing for the shooting of Black Is King, she states “A-morir is known for really special (and really sparkly) eyewear and accessories, and Zerina Akers (Beyoncé’s longtime stylist) and I have worked together for years. She trusted that I’d have what she needed for some of these incredible moments and thankfully, I did! Everything except for the swim goggles from “Mood 4 Eva” were from a just released collection or from my archive.”

On how the designs came to be, she writes, “The crystal cat eye swim goggles were the only piece that were custom made. Without saying too much, lets just say I’m who stylist come to when they need to actualize an impossible vision, usually in a matter of days. The design concept was a revitalization and reimagination of pieces from our “Midnight Voyage” collection, and I’m so thrilled it came out as beautifully as it did.“

When asked how being apart of the film feels, she shares, “I wake up grateful every day because I get to do what I love for a living, but I’ve been soaked in a tidal wave of perpetual gratitude these last few. I’ve had some incredible career highlights;  with megastars, music videos, editorials, and films in my nearly 13 year career but this feels like the pinnacle of all of those moments in one.“

On how her business has changed since being apart of the film, she states, “While there were a lot of incredible couture moments in Black Is King there were so many major visual moments with independent fashion brands. Independent brands are rarely, if ever, worn for name recognition, so when they’re worn it’s because the designs and artistry are top tier. Every time that happens it brings not just recognition but validation to the tireless work we do. The thought of “If it’s good enough for Beyoncé it’s good enough for me” is real!”

Continue to keep up with us as we cover more of Black Is King‘s fashion!