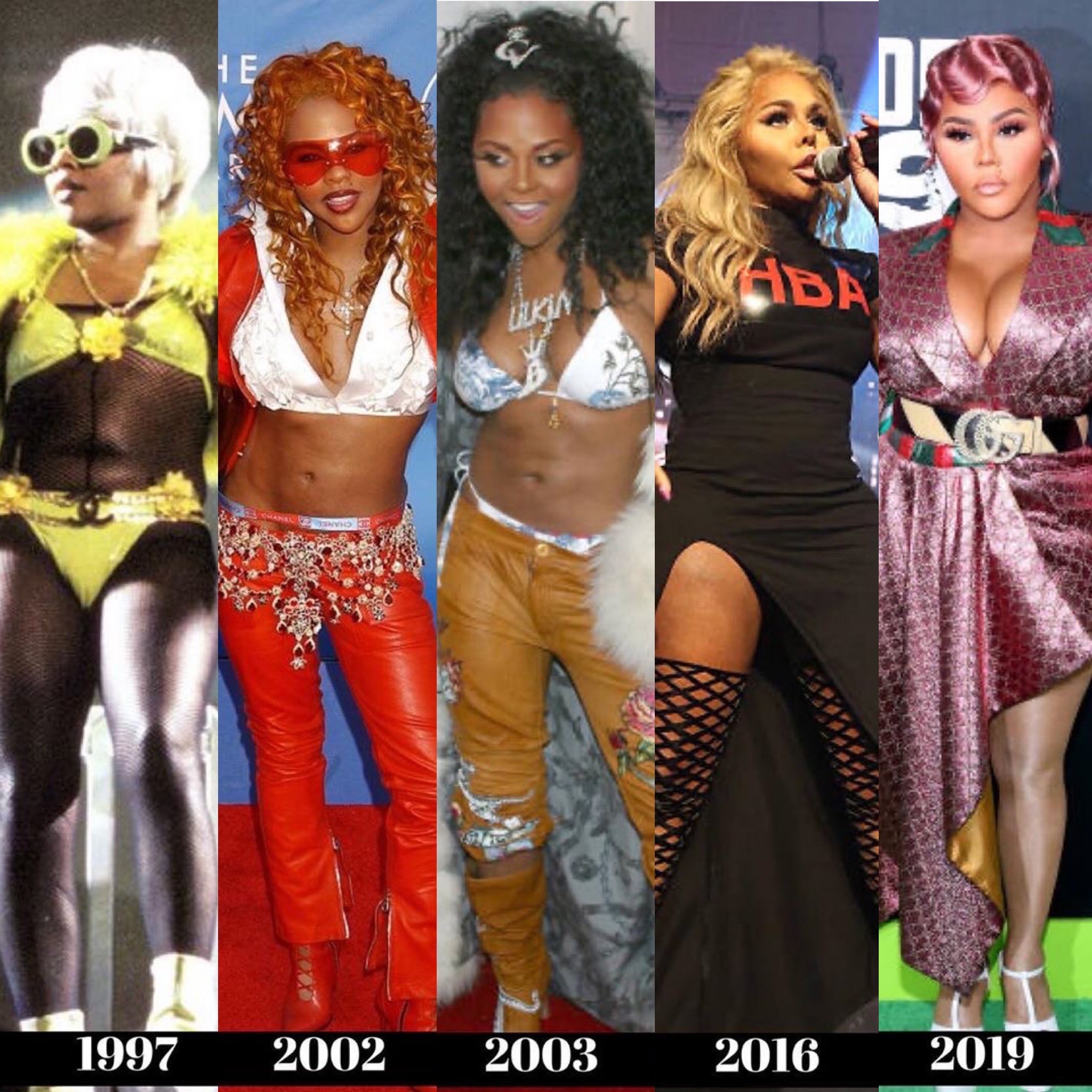 When it comes to Lil Kim and her style, the word “iconic” instantly comes to mind. Lil Kim is most definitely a style icon and the blueprint when it comes to breaking the rules of fashion with her undauntedly and sometimes controversial looks. Through her style, she pushed the envelope when it came to female sexuality, freedom and creativity female rappers are allowed today. Her influence is felt now more than ever as it is frequently referenced and even reproduced entirely. Fans and celebrities like Beyoncé and Karrueche Tran have even recreated some of her looks for Halloween!

When people speak of Kim’s most iconic looks, most of them are referring to Kim’s looks from the late 90s and early 2000s. Her free-spirited rap persona matched with the styling efforts of Misa Hylton was a force to be reckoned with. Misa Hylton poses as the the creative mind behind Kim’s most revered looks including the 1999 MTV VMAs pasty and jumpsuit look and the monochromic looks from the 1996 Crush On You video. No matter how outlandish the concept, Misa and Kim were always a step ahead with these groundbreaking looks!

Kim was known for frequently referencing designer brands like Chanel and Dior in her raps. She went against the grain by rocking these classy brands in a sultry way. We all know Kim wasn’t afraid to give us body and show a little skin.

As we merged into the 2000s, Kim’s style continued to cause a frenzy in fashion with head-turning, revealing looks! She was a fan of a long, telling slit during this time.

As we entered into the 2010s, Kim continued to show off her daredevil style with looks that accentuated her physique but less than in the earlier years. She played around more with embellishments and trimmings that made bold statements such as jewels, leather, lace, and fringes.

Towards the end of the decade, we see Kim’s style tone down to confident with a touch of classy and modern rocking classic names like Dapper Dan, MCM, and more!

Kim has always showed us that simple is never the case with her. Throughout the years, we witnessed her experiment with unconventional looks that remind us why she is a fashion icon. Do you think Lil Kim should receive the icon award this year at the FABY Awards?