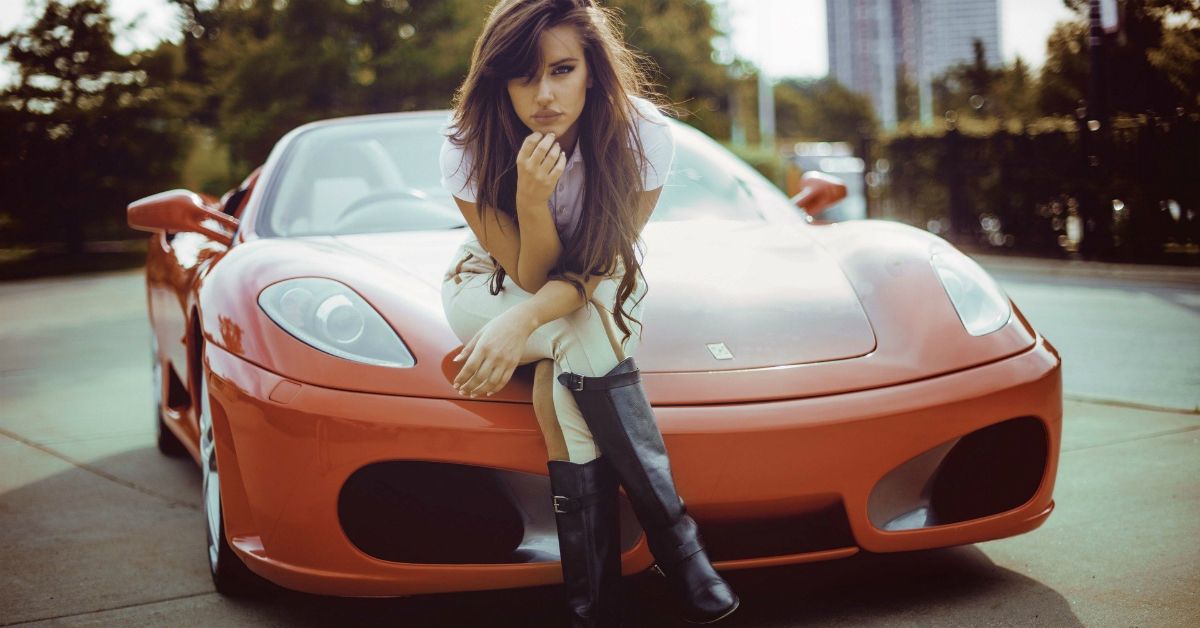 We’re well past the era where we used to tag a particular as a girl car or mom car. Cars are no longer just things that only men are supposed to care about; women too have great interest in what is largely considered as a man’s world. So whether it is Bertha Benz who drove the world’s first automobile or Mary Barra who headed GM for a long time or Claire Williams who led a Formula One team, the contribution or interest of women in the auto world is always understated. Social stereotypes have always associated cars with men but women too have vivid taste when it comes to cars.

There’s no particular segment that attracts more females. Women might be stereotyped as impulse shoppers on the hunt for doorbuster sales or a perfume coupon code, but they’re very practical when it comes to choosing their cars. Now, a young college-going girl might just fall for the sporty and fun dynamics of something like the Miata, a middle-aged woman may just crave for the practicality of something like the Honda CR-V or the Subaru Forester. On the flip side, a woman who just likes to live extravagantly and makes her presence felt every time she arrives might want to hop in a Bentley or a tech geek lady would just love the quirks of a Tesla Model S.

The whole point is, it is really difficult to generalize the kind of cars that women are into. However, after thorough research, we’ve drilled down upon 15 cars and SUVs that ladies show affinity towards. So whether you’re a woman reading this article to find out what’s hot and trending in your girl gang or a man looking for a car that he might want to give his lady, we’ve got the list covered for ya!

Well, SUVs are popular equally among men and women and so is the Honda CR-V. The CR-V is one of the country’s top-selling automobiles and most of the CR-V owners are women. It pretty much ticks all the boxes that a woman might look into a car for.

It looks sleek on the outside, it is opulent on the inside, it has a nice and high driving position, it is very practical, has tonnes of storage spaces and it comes with a very reliable engine. Moreover, it doesn’t come hard on the pocket and is a fun machine to drive. Hence, the CR-V is a popular choice in the female population.

The Subaru Forester is popular among women for the same reasons as the Honda CR-V is. The Forester is a sensible and practical vehicle that drives well and is very dependable. Moreover, it has better off-roading capabilities than the CR-V and gets standard all-wheel drive and off-road focussed driving modes. So for those of you of a slightly adventurous nature, the Forester might just be the right vehicle for your daily driving needs as well as your off-road trails.

The entry-level Mercedes SUV is quite popular among the ladies for it is charming and elegant on the outside and luxurious on the inside. Plus, even if it has that three-pointed star on its grille, it isn’t all that expensive. On top of this, it offers an extremely refined engine, supple ride quality and enough space for 5 passengers, and a good amount of luggage storage area as well.

Sedans are a dying breed and nobody is really buying them but there are a few like the E-Class that still stand out and are still sought by women. The E-Class has a very unique charm to it- it looks sporty and stylish and has a good amount of snobbery on its face.

Also, it will pamper its passengers on the inside with all the luxury features that it comes equipped with. It demands just the right amount of attention on the streets and it is a nice car to drive as well.

The Audi A5 Cabriolet is a drop-top gorgeous, especially with the red color scheme. It is capable of turning too many heads for its price tag and it also is an exciting car to drive. With the sun basking up above and with the wind blowing past your hair, this convertible German has sensational driving dynamics combined with sophistication and luxury.

Affordable, reliable, comfortable, and frugal- that’s what the Toyota Camry is. It has enough power under the hood for doing daily duties, delivers excellent fuel economy numbers, and drives pretty well too. Women tend to like it for its no-nonsense nature and if you’re in the market looking for an affordable daily driver or a family car, the Camry could just prove to be a great buy.

This is the most stylish and hip Rangey. The Evoque was built to attract a young audience and it has always received a lot of attention from the ladies. The Evoque looks confident and bold, has a commanding presence, and is capable of taking its owners for adventures as well. This is a perfect package for a lady looking for the comforts of a luxury car and at the same time, some excitement that an off-roader could offer.

Well, this one is for those techno-savvy women out there. The Tesla Model S is fast, powerful, fun-to-drive, and can smoke all the ICE-powered grumpy cars on the road, quietly. The Model S is powerful, intelligent, luxurious, and charming. No wonder the Model S is popular among women.

The Porsche Cayenne wasn’t originally targeted at women but it has slowly grown on and is highly desirable among women. The Cayenne with its sporty styling and extravagant cabin, lures women with performance, luxury and comfort.

The BMW X4 Coupe SUV has got all that it takes to be popular with women. It stands out with its unconventional styling, it has a very potent engine, it can handle the tar roads and the off-roads equally well and it has the dynamics of a sporty coupe and the practicality of an SUV. The X4 is a multi-tasker, just like the modern-day woman.

The Urus was specifically targeted at women and it seems to be doing that successfully. Lamborghini says that the key here is to offer tonnes of customization options and packages for women who see themselves as the protagonists of their own lives. Kylie Jenner, Cardi B, Kim Kardashian are a few popular female owners of the Lamborghini Urus.

Is there any other vehicle that offers the snob, opulence, and presence like the G-Wagon? We cannot think of any. And that’s the very reason why the G-Wagon is popular among women. Popular female owners of the G-Wagon include Serena Williams, Khloe and Kourtney Kardashian, Kylie Jenner, and Ayesha Curry.

The McLaren GT has found a good number of women showing interest in it. The McLaren GT is basically a comfortable and luxurious grand touring car with a pretty practical cargo area with the core of a supercar and women seem to simply seem like this proposition. McLaren cars generally have that masculine aura but the GT has a more sophisticated persona and this is helping the British automaker build a good female following.

The world’s best sedan has had a lot of attention from the ladies. Utterly luxurious and extremely sophisticated, the S-Class is a much sought-after car by women who just love to be pampered in the lap of luxury. The S-Class was also voted as the women’s car of the year back in 2014 by a jury of female motoring journalists and the craze for the car still persists.