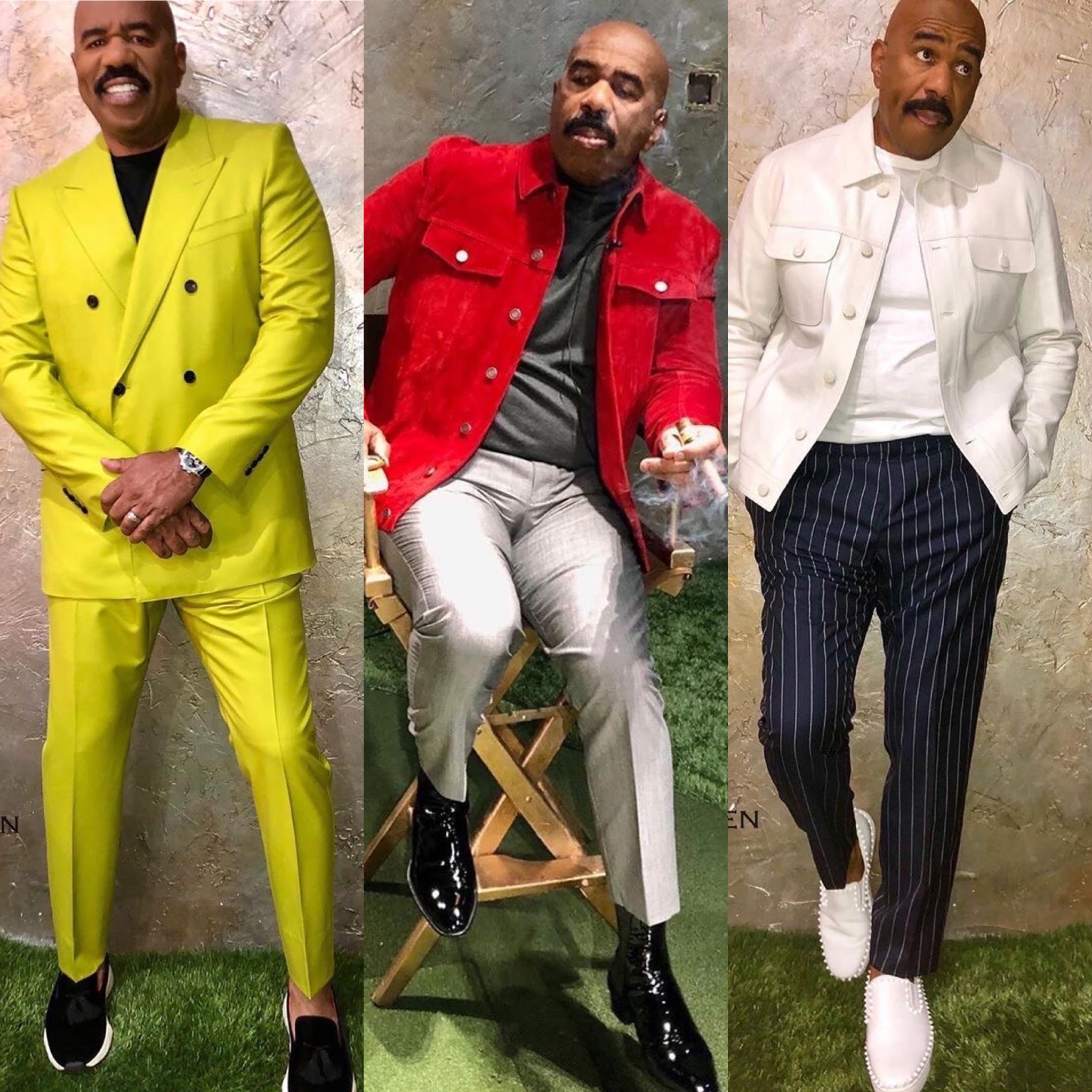 Television host and comedian Steve Harvey has been on our Fashion Bomb radar due to the bomb style moments he’s been supplying lately! While he’s been known to rock a tailored suit, we’ve been seeing Steve venture into more dapper-casual ensembles by mixing edgy, statement outwear pieces with his tailored garments.

We gathered 10 style moments that Steve Harvey has given us in the past few months that has made him a fashionisto to watch:

Steve Harvey was spotted in a lime green Dolce and Gabbana suit!

Steve ventured into the wonderful world of lavender with this head-to-toe Louis Vuitton look.

Steve kept it classy in a full Berluti look.

Steve kept it dapper in a Dolce and Gabbana suit paired with Berluti shoes.

Steve stays true to his suit lifestyle with this Dolce and Gabbana look.

Steve kept it fresh and clean in this Tom Ford look.

Steve was tailored to perfection in this Dolce and Gabbana suit paired with Louis Vuitton shoes.

All of Steve Harvey’s looks were styled by Elly Karamoh, making the two quite the iconic duo when it comes to styling the entertainer!

Which look is your favorite? Do you think Steve Harvey could be a contender for our 2020 FABYs Award for Most Fashionable Male of the Year?