Hey!
So as you know, I fell in love with Kimora Lee’s choice for the Costume Institute Gala a few days ago…

…I thought it was fresh, pretty, and different. You can tell Kimora understands style: she knows how to take risks without falling on her face!
Of course I wondered to myself who designed her multicolored frock, and thankfully several of you e-mailed me to let me know that the designer is in fact Kevan Hall… 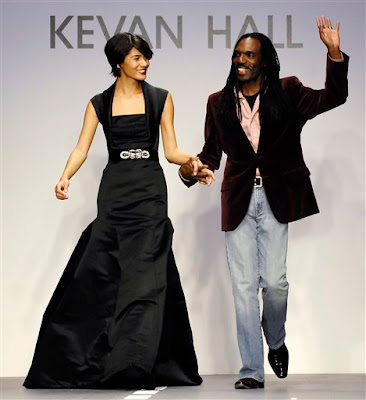 …yes! Silly me, I thought I had featured most designers of color on the Fashion Bomb, but there are always others hiding in the folds!
So Kevan Hall was born in Detroit and studied fashion design at Cass Technical High School before attending Los Angeles’ Fashion Institute of Design… 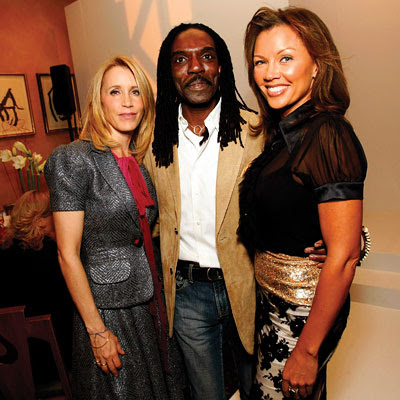 …he struck out on his own throughout the 80’s and 90’s before becoming Design and Creative Director for the legendary Halston in 1998. In 2002, he started his own signature line, the Kevan Hall Collection. Now you can see his sophisticated, tailored frocks on the likes of Vanessa Williams, Felicity Huffman, Vivica A. Fox, Virginia Madsen, Garcelle Beauvais, Debra Messing and Renee Zellweger. 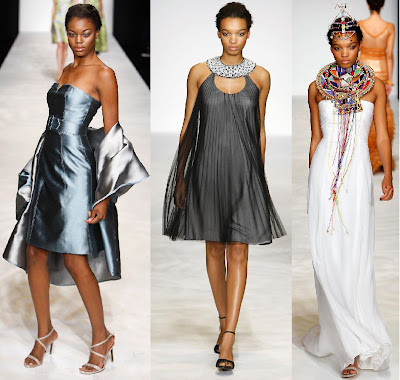 Looks from his Spring 2008 Collection
When asked what he is up to now, he reveals, “One of our recent projects was the wedding gown and reception dress for Tia Mowry. She was adorable and so in love!” 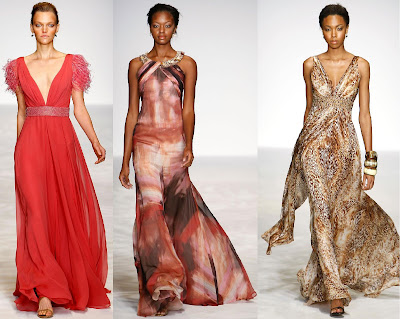 Spring 2008
“…I enjoy the process of design from concept to execution…But the most gratifying part is seeing a design come to life on a beautiful woman.” 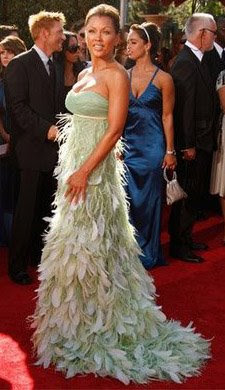 *New York Magazine actually hated on Kimora’s dress saying, “Thank goodness no children with sticks were around because they might have mistaken her for an African piÃ±ata and started whacking her. ” Oh my, what clever snark! I, for one, applaud Kimora for wearing an African inspired gown to a very stuffy, traditional event. Represent!
*If you want to understand the motives behind similar hateful comments, be sure to attend Glamour’s panel tomorrow! 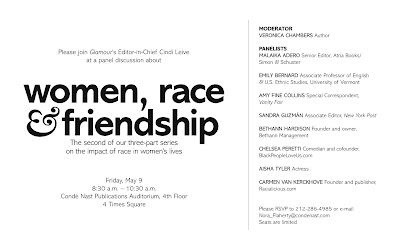