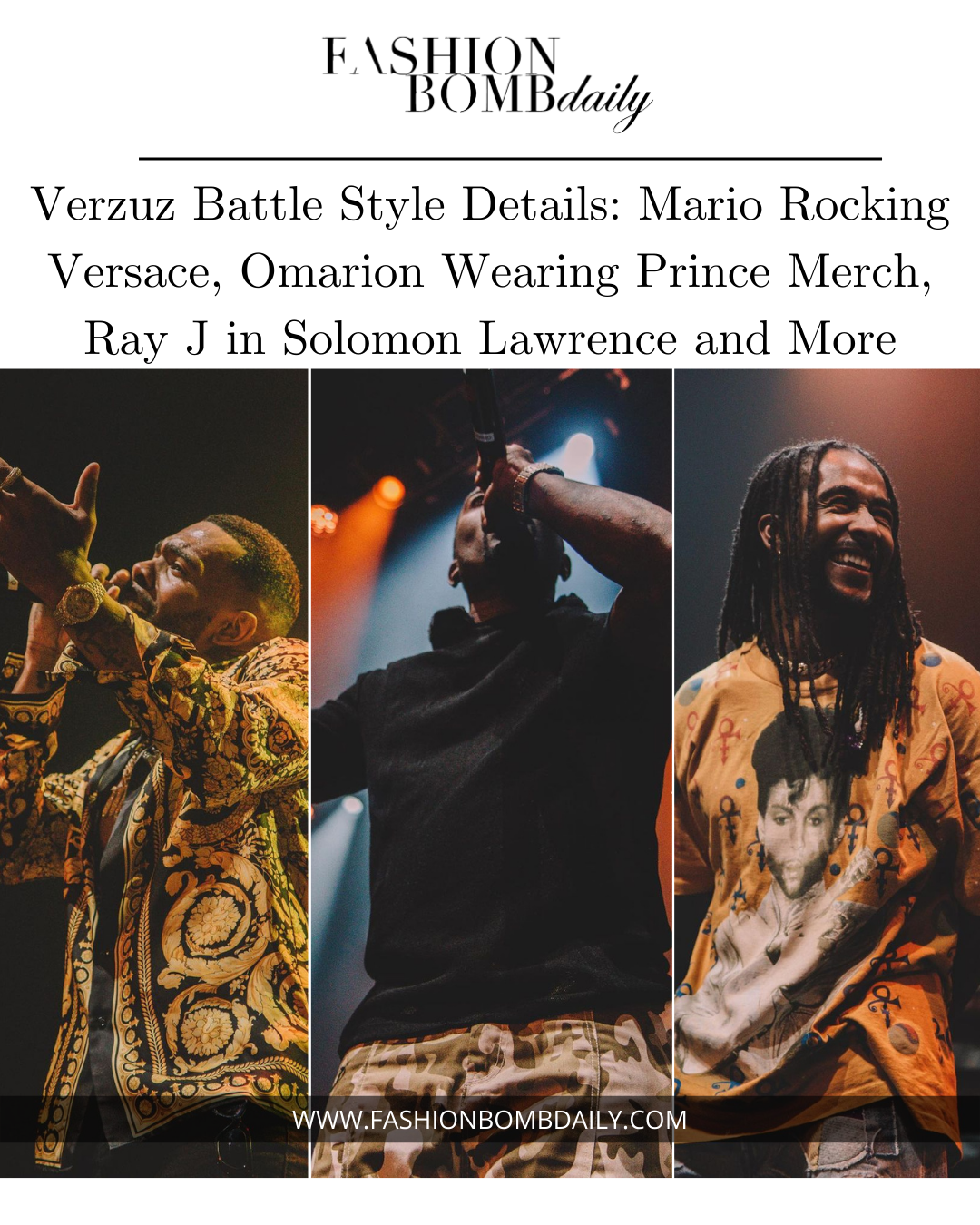 This past week, the downtown Los Angeles NOVO Theatre welcomed an energetic Verzuz Battle between R&B hit-makers Omarion and Mario! Being the first non-rap Verzuz, fans were frantic to witness the head-to-head unfold. Several acts opened the main show, so we had plenty of style moments to spectate in the process! Here are some of the standout looks from the night:

Get the look: $65 SLS Premium Knit T in Black

Omarion came on stage paying homage to Prince, flaunting a $122 t-shirt from the late great artist’s official merch collection that is now sold out.

Get the look: $122 (Sold Out) Prince Official All Over Print Vintage Shirt Love Symbol Pose XLARGE

He later changed to a purple Bape jersey that is also currently sold out everywhere.

Mario hit the stage with an all black outfit, including a long Amiri logo coat costing $2,662 as he shut down the entire concert!

After a quick change, he then serenaded the crowd wearing a $1,825 Versace Barocco Silk Shirt.

What do you think of the looks throughout the show?