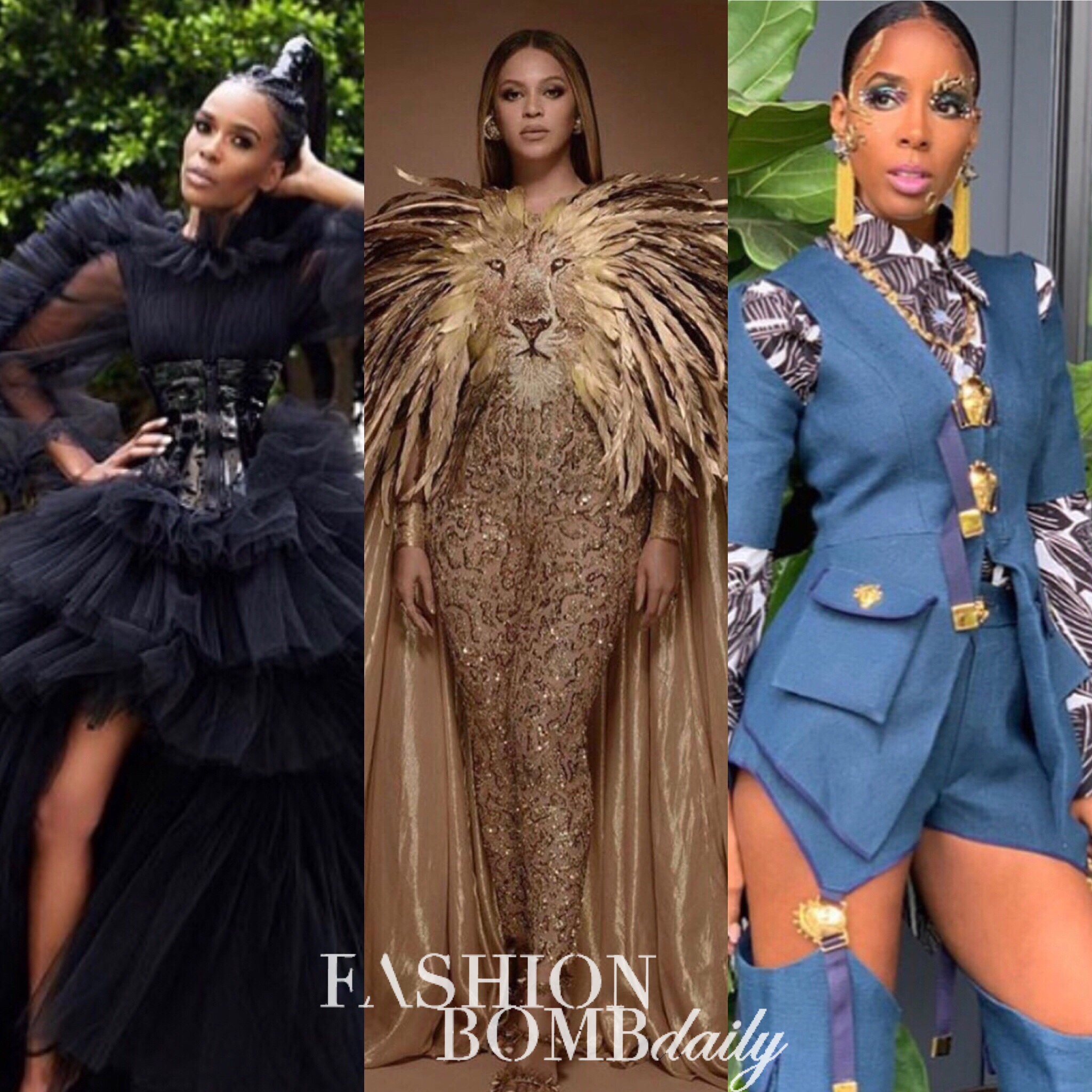 The 2019 Wearable Art Gala was held yesterday where celebrities and industry professional gather for a night of celebrating the merging of fashion and art, entertainment by talented performers, and more! This year, Miss Tina Lawson hosted the gala with her daughter and the Queen Bee, Beyoncé, delivering a wonderful performance. This year’s theme was “A Journey to the Pride Lands”, a reference to the upcoming live-action Lion King film with a star-studded class including Donald Glover, Beyoncé, and others!

Let’s take a look at the top 10 celebrities who absolutely nailed the theme last night!

Blue Ivy graced the 2019 Wearable Art in a tribal inspired gown adorned by a shimmering headpiece, perfectly in sync with the theme!

Chloe and Halle attended the 2019 Wearable Art Gala, Chloe wore a Pantora Couture gown. Both are styled by Zerina Akers.

Daniel Kaluuya stepped out with his lady Amandala, with Amandala in a printed dress by Lavie By CK, styled by Elizabeth Meredith (@thestarstylistla).

Marjorie Harvey posed with husband Steve Harvey before they attended the 2019 Wearable Art Gala. She wore a $23,900 #Tom Ford gown for the themed event.

Who absolutely stayed the theme this year, Bombers and Bombshells? Who were your favorites?