Hey, hey!
So Iâ€™m back, unscathed, from Roberto Cavalli. No fights a la Viktor & Rolf (thankfully), but I didn’t cop anything! Why? Iâ€™m a bum and totally didnâ€™t wake up early enough to get a respectable place in line.
I power walked over to H&M at 51st and 5th this morning at 9:50 (read 10 minutes before H&M opened), and quel surprise! 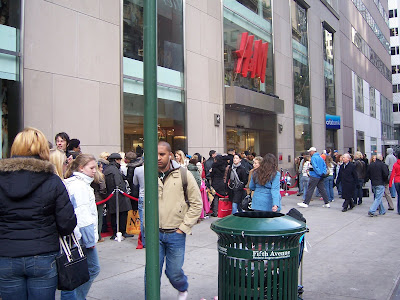 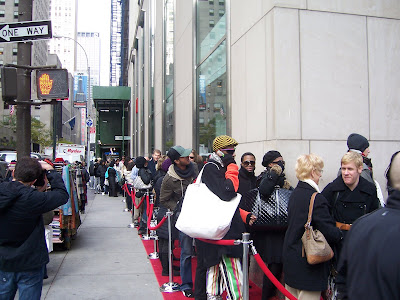 …the line was dumb long. Perhaps the longest Iâ€™ve ever seen it?
I wanted to get a few quick pix of Fashion Bomb-esque readers before the floodgates opened, so I headed straight to the front wondering: How long have you been waiting?
Janet, Darvin, Tatiana, and Xander…. 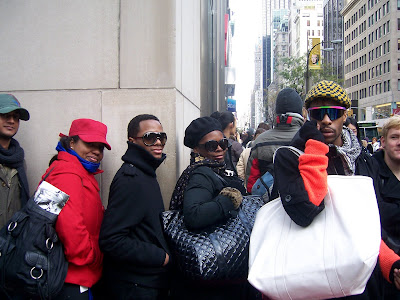 ….said that theyâ€™d been waiting in line since 6:30. They came for the clothes, clothes, clothes…I absolutely love that Xander was still able pose while on the phone. And shout out to Tatiana who’s a fan of the Fashion Bomb!
Mike, John, and Keisha… 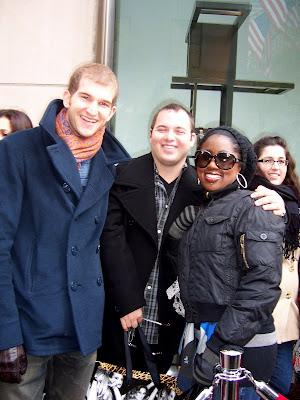 …had been waiting since 7:30 with coffee in hand. They said theyâ€™d had a late night and just decided to go home, change, and walk over to H&M. Talk about dedication!
This fabulously stylish group… 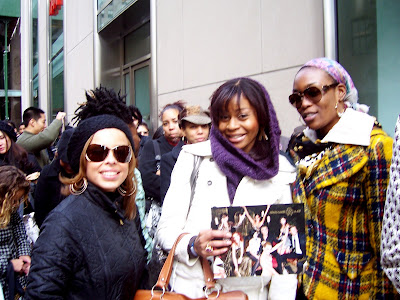 ….had been waiting 2 hours. Can you believe they initially didnâ€™t want to get snapped (citing head scarves)?? I thought they looked wonderful!
Last but not least, Fama, Alex, and Lindsay… 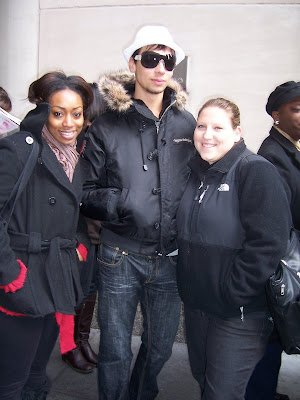 ….held it down for a respectable hour.
With a line this long…. 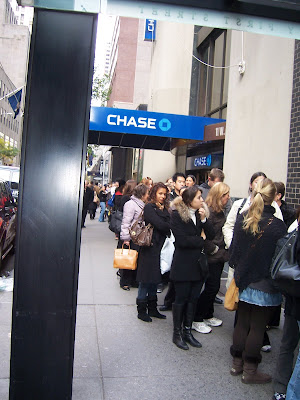 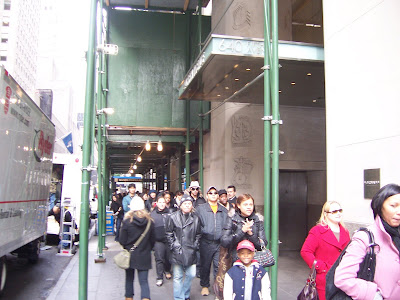 …I figured I wasnâ€™t destined to own any of Cavalli’s H&M issue exotic print dresses. But I hopped on the end anyway just to see if I could get lucky.
The queue moved pretty quickly, and once I got in…. 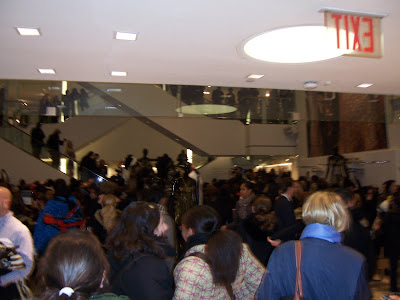 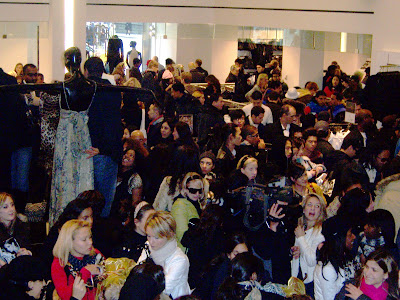 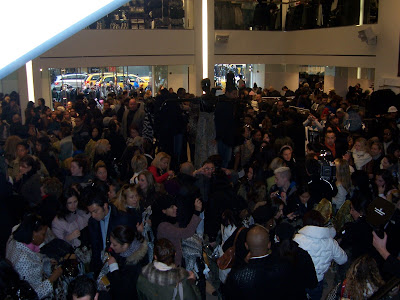 ….of course, total mayhem!
Unlike Viktor & Rolf and Madonna, the racks and tables were literally wiped clean…. 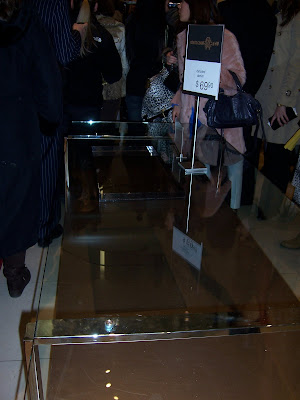 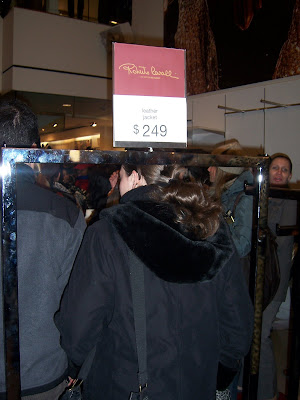 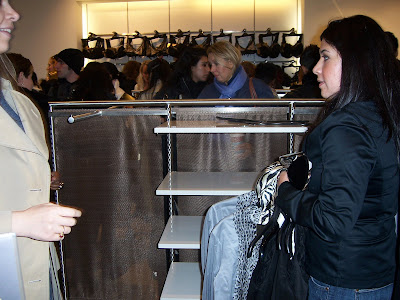 ….nothing, and I mean nothing was left by 10:15!
Roberto Cavalli himself was in the house taking pictures and watching the girls go mad… 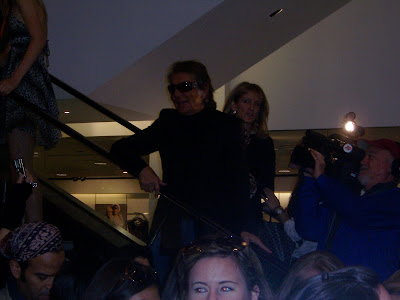 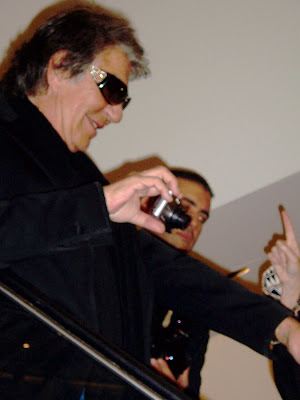 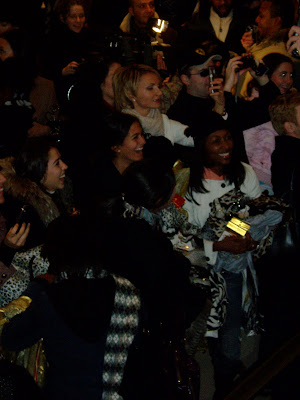 …was actually screaming for him like he was a rockstar.
Though I couldn’t find even a scrap of leopard print chiffon, not everyone suffered the same sad fate…. 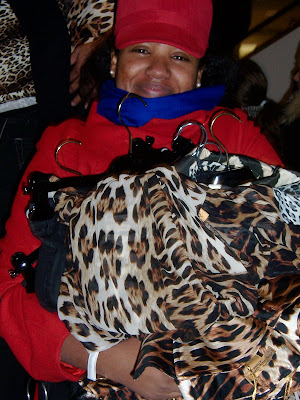 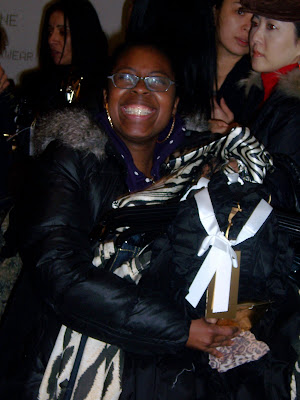 ….some were very, very lucky.
Look out for those dresses on Ebay!
I must admit: these designer sales are exhausting. And almost insane. I think third time’s a charm for me…
So. Did yâ€™all go to H&M this morning? How was it round your neck of the woods?
Smootches!
* Seems it was just as crazy in London.