â€œThere was a turning point where you had many girls working at once, and it looked like things were going to change; we all had high hopes. But then things regressed. Now it seems like all that hard work we did has not changed anything. Itâ€™s really hard to wake up in 2007 and accept that we shouldnâ€™t push the door open again. We canâ€™t shut our mouths any longer.â€–Naomi Campbell

Hey readers,
So Kenya Hunt, an editor for New York Metro, wrote a huge article yesterday on the dearth of ethnic models on the catwalk. She says, “While browsing through the womenâ€™s boards of the top New York agencies listed on Models.com, few represented more than two black, Latina or Asian models. South Asian women were represented by exactly one model, Ujjwala at IMG, while some agencies such as Supreme management had rosters that were entirely white.”
Inspired, I decided that this time around, I’d pay attention to exactly how many ethnic models I saw strutting down the runway. Is there truth to the rumor?
Last night my homie Shameek and I hit up the Nicole Miller and LAMB shows.
I love Nicole Miller’s clothes; it seemed that drab beige is her pick for spring…

…though she jazzed it up with splashes of celery/citron and paisley. 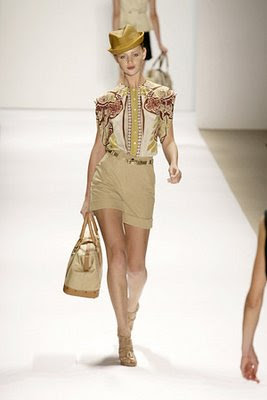 While her clothes were elegant, she only had one black model… 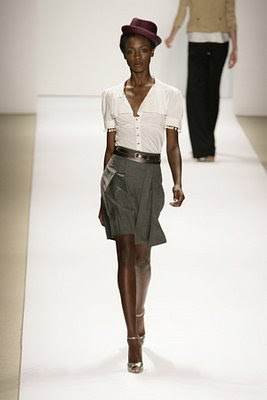 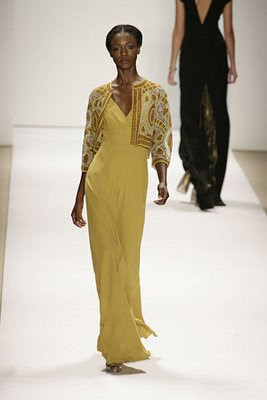 And Shameek noted that she was skinnier than the rest. Are stakes so high that ethnic models have to be twice as skinny to walk the runway???
Next up was LAMB, which was a ZOO. Diddy was sitting front row. I tried to get a picture, but was soooo far away that my picture is indeed laughable… 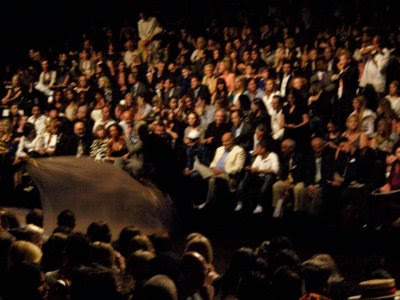 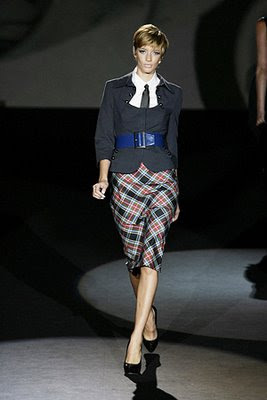 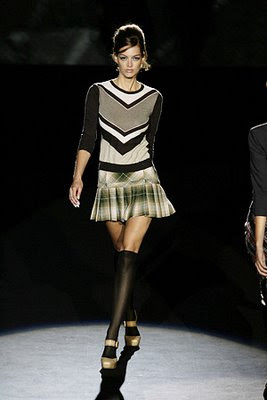 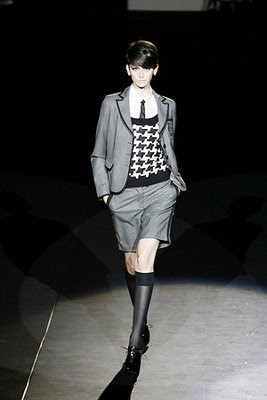 …but this time around, she really represented with two models of color… 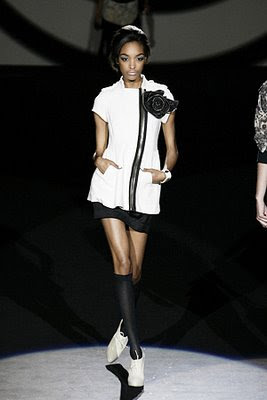 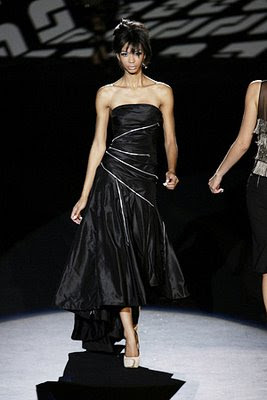 …Chanel Iman being one of them.
Hmm…not sure how shocked I should be. Are we at the point now where we accept discrimination and don’t say anything about it? Is this a non-issue?
At any rate, it’s going to be an interesting Fashion Week if my focus is on ethnic models. Hopefully there’ll be something to cover!
Smootches!
PS Of course, I’m going to give you Real Style from the Tents every day! My pic today is of Shawn Wright and Randal Jacobs… 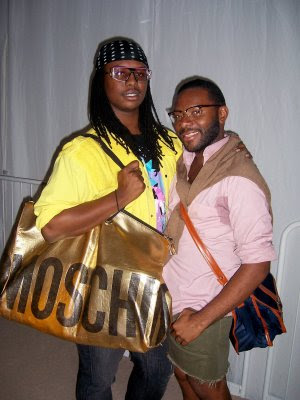 …writers for the site www.fashionwindows.com. Their look is very 80’s…from Shawn’s large Moschino bag and glasses to Randals collared preppy shirt, sweater, and cutoffs.
So, what do you think? Are they FaB (Fashion Bomb)?