Hey Guys,
So Fashion Week is on and poppin! I peeped BCBG’s show… 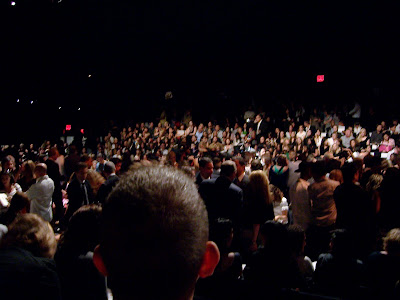 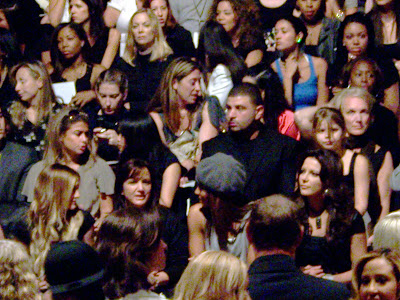 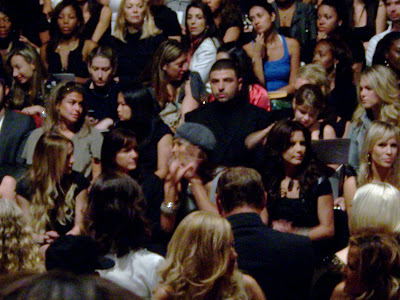 …Can you see ’em? Ciara has a hat on and Ashlee has long blond tendrils. They’re both turned talking to each other (or avoiding the camera lens of everyone in there).
Anyway, the show was cool…yet sort of so so. The clothes lacked anything really avant garde or quirky and the color scheme, for the most part was sort’ve bla. I didn’t bother taking pictures with my ghetto camera…you can get better pix online at nymag.com! But the excitement was definitely in the air for one of the very first fashion shows of the season. I’m juiced!

So there are several black designers showing this season–Stephen Burrows, Tracy Reese, Kimora Lee, and Rachel Roy–but one you may not have heard of is Kai Milla, also known as Stevie Wonder’s wife: 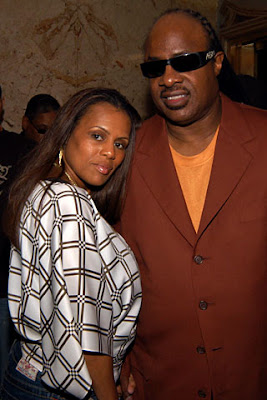 A native of Washington D.C., Milla studied fine art and design at the Corcoran School. She was a freelance art director before meeting Stevie in 1999, and was inspired to start her line in 2003 after seeing a John Galliano for Dior Couture show in Paris. In an April 2007 Harper’s Bazaar article she says, “When I saw what John Galliano did, the energy of the show was so inspiring. I saw what fashion could be. I had to do it.” 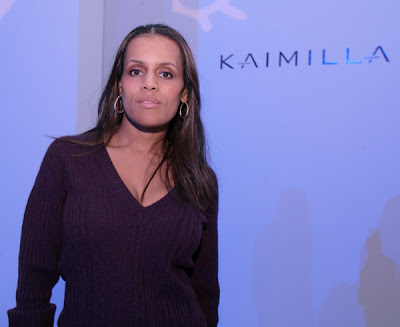 A quick look at her Fall 2007 looks, and I’m instantly impressed by the fluidity, and classic shapes with a twist at either the neck or sleeves:

Love the simple color palette and how she plays with proportion, whether by the use of belts or varying hem lengths… Hopefully I can check out her collection next Monday!
Smootches!
Fashion News and What Nots:
*The Fashion Bomb is in today’s Women’s Wear Daily!!! 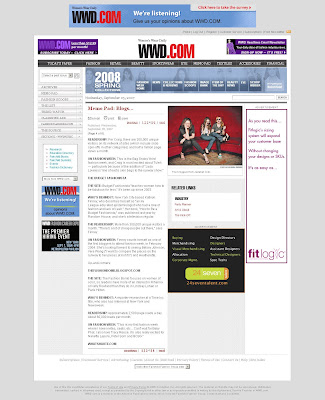 Click to Enlarge
I’ve made my mainstream debut in an article about bloggers at Fashion Week! Check out the article here.
*Guy Trebay discusses why Fashion matters.
*Eric Wilson reports on knockoffs.