Hey!
So for yet another Breaking into Fashion post, I decided to chit chat with Wouri Vice…

…stylist to chanteuse Alicia Keys.
A friend of Ms. Keys since high school, Vice used his spectacular and undeniable flair for fashion to take Alicia from her days of braids and fedoras to the sleek sophistication we see today: 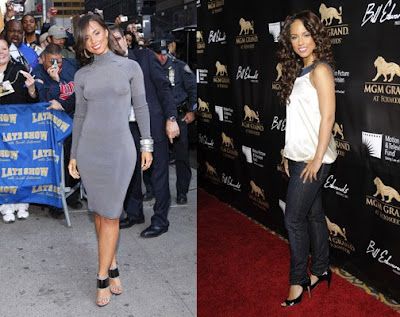 Even as he was preparing outfits for Alicia Keys’ next video, he took a moment to talk to The Fashion Bomb on how he got his start. 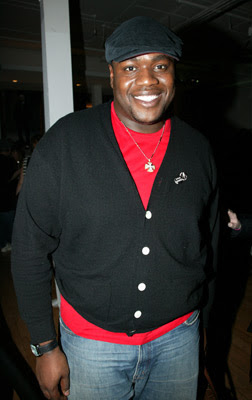 Wouri always had a fashionable eye. “In high school I was the kid with one green sock and one blue sock because I was wearing blue and green.” He went to college for fashion journalism, but after too many boring lectures on Plato and the philosophy of style, he decided to follow his true passion. “I started making clothes for student groups. When I came home during the summer, I worked as an intern at Giorgio Armani.” He followed his Armani internship with several more with prominent stylists. He came to style for Alicia after reconnecting post high school. He says, “I used to tell Alicia that I would be a huge stylist and she would be a big singer. I told her I would be her stylist, and we laughed. But now you see how things came around…” 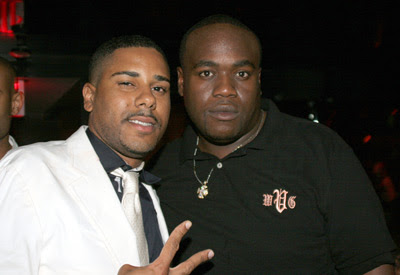 A typical week for Wouri involves everything from thinking up concepts to going on market appointments. For a video, he says, “I’m given a treatment and a concept, then call Alicia to see what she wants.” After figuring out the colors, fabrics, and silhouettes Ms. Keys favors, Wouri gets to work. He says, “I do research. I see what’s out there in fashion land that suits what is being requested. I set up market appointments, see what’s available, send out requests, then conclude it all with fittings for her.” 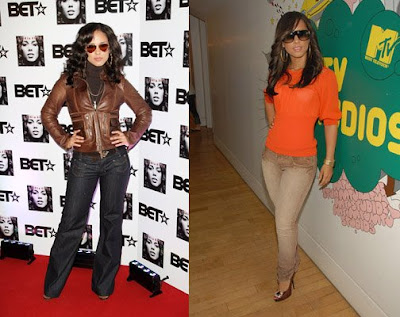 If you haven’t noticed, Alicia’s style has done almost a 180 in recent years. What’s changed? “The evolution you see is my growth a stylist, pushing envelopes and being able to do new things. You’re also seeing her evolution as an artist, someone who is willing to let her hair down. She says, ‘Maybe I’ll wear a mini dress or tight jeans today.” It’s gotten down to her saying, ‘If I like it, I like it, I don’t care what critics have to say.’ As time went on, she became more simplistic. Took off the hat and the beads, and the gloves, and just stayed simple, beautiful Alicia.” 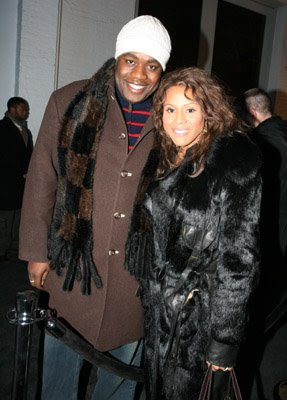 For those aspiring for a similar position, Wouri says, “Don’t give up on yourself. Stay in prayer. Follow your dreams. People are gonna try to knock you down. There’s always someone in the background, so be confident in what you can do.” Apt words.
Smootches! Barack Obama is the first African-American to claim a major party ticket. As I said…Yes we Can!!!! And pssst…Michelle: I love your dress. [NYTimes]

*Don’t have time to read your monthly mags? The website Frisky cuts through all the clutter to tell you the most interesting items. [Frisky]
*It’s that time of year again… 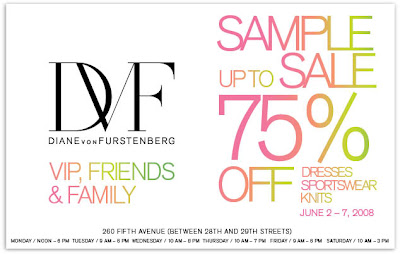 …that’s right, the Diane Von Furstenberg sample sale!!! It’s *mayjah*. I dipped in yesterday and cleaned up. You can too! The sale is on until Saturday. Click the flyer for hours and location info.
*Thanks Bonnita!!!