There has been an overwhelming number of bloggers who I recently started following on Instagram and, while it’s tough to keep up with every single budding fashionista, there are always a select few who manage to stand out regardless of the saturated blogosphere.

And, this brings us to today’s eclectic feature highlighting H-Town’s own Shantae Smith of Outspokenly Chic! In Shantae’s ‘About Me’ section, the dazzling bombshell writes, “Hello Hello Everyone! My name is Shantae the CEO and Founder of Outspokenly Chic, a personal style blogger and stylist. Outspokenly Chic’s goal is to inspire individuals sense of fashion one outfit at a time. The name Outspokenly Chic has a lot to do with my personality and my personal style. A little fun fact you should know about me has to be that I am a fun outgoing person who loves taking tons of pictures.” Yes, girl! You can never have too many pictures! This Southern belle’s style is reminiscent of a treasure trove filled to the brim with endless wardrobe gems! Shantae unapologetically executes every single look with an outstanding confidence, loads of eccentric flavor and an irresistible charm.

I was also drawn to Shantae’s fervent ability to craft the year’s brightest trends into personal remnants of sartorial flair. Whether she’s serving up vintage vibes in her signature round sunnies or rocking a flamboyant multicolored print, Shantae is fully aware of the power that lies within fashion and she’s the epitome of Bomb Blogger status. Want to see more from Shantae Smith of Outspokenly Chic? Well, feel free to follow her on the ‘Gram @OutspokenlyChic or subscribe to her official site here. She’s definitely worth it! 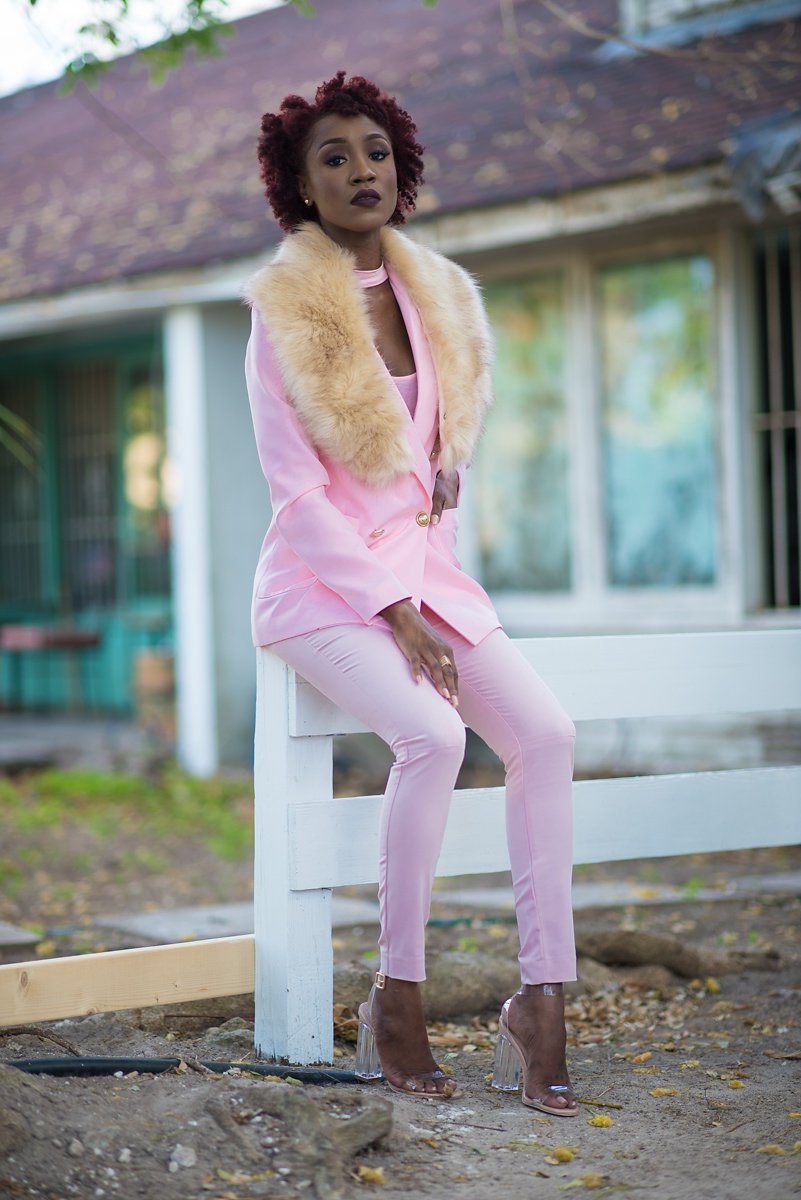