Convos with Claire kicks off it’s 2019 season with an enormous bang in good ole’ Memphis Tennessee, where various legends were born and created, such as the iconic celebrity Mr. Isaac Lee Hayes, Jr.  Hayes was a great American singer-songerwriter, actor, voice actor and producer.  He was inducted into the Rock and Roll Hall of Fame in 2002. Among his many, many talents, Sir Isaac Hayes, was a fashion standout in his own right. He became well known for his signature dark shades, full beard and inspirational afro-centric, yet rock star attire worn when he performed or was spotted out and about by fans.

Born in Covington, Tennessee, Isaac was raised by his grandparents. Hayes rose to stardom through his church, teaching himself to play numerous instruments, including the piano, organ, flute and the saxophone.  While working odd jobs, Hayes started singing in local night clubs, and soon created a Southern soul music label called Stax Records along with another powerhouse music writer and producer David Porter. His accolades include creating the musical score for the movie “Shaft” in 1971. At the young age of 29, he won the Academy Award for Best Original Song, musical composition in 1972 for the “Theme from Shaft.”  His one of a kind outfit worn when he recieved his award is on display in the Hard Rock Cafe located in Memphis. Hayes was the third African-American after Sidney Poitier and Hattie McDaniel to win an Academy Award for any category honored by the Academy of Motion Picture Arts and Sciences. He also nabbed two Grammy Awards that same year and a third Grammy for his album Black Moses. Hayes was a entertainer, but he was also an activist for civil rights. His list of amazing accomplishments goes on and on, including in 1992, when he was crowned honorary king of the Ada region of Ghana, Africa for his humanitarian efforts. The icon appeared in unforgettable films such as “I’m Gonna Git You Sucka” and of course he blessed us with his remarkable and addictive persona for the hit television series “South Park,” which reinvented Hayes as a household name in the late 90’s through the early 2000’s as a voice over for the character “Chef.” 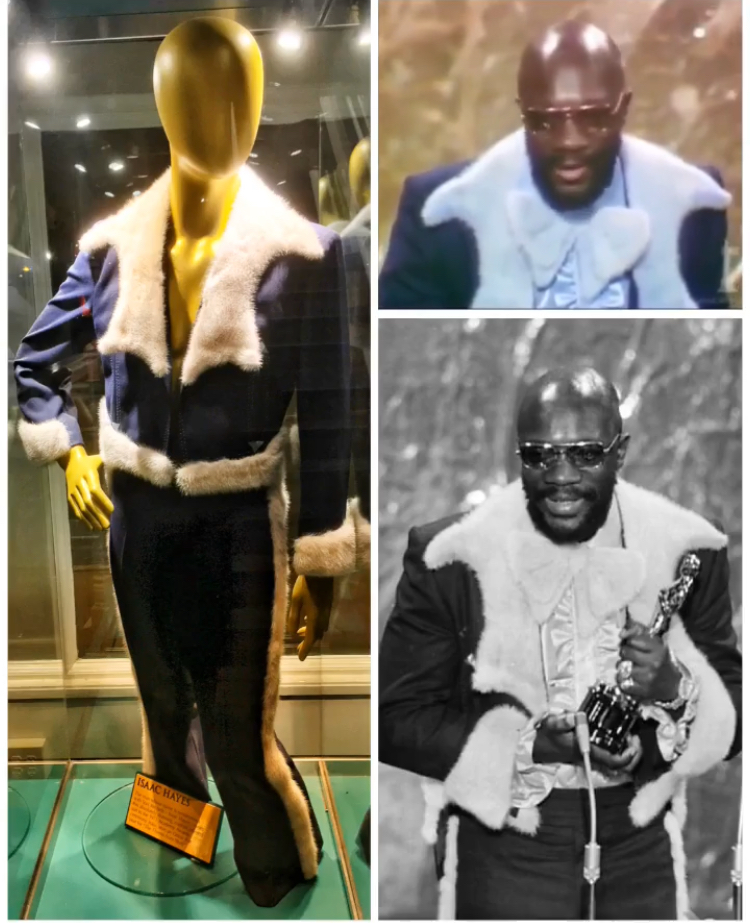 His legacy lives on with his children & grandchildren. His son, Isaac Hayes, III is the manager of his father’s estate, & has a dope tee-shirt line and Instagram page devoted to his late father. Get your iconic shirt on IsaacHayes.com.The legend received other awards including several BMI awards before his passing in 2008. Isaac Hayes, Jr. will forever be a Memphis treasure and worldly African American celebrity hero.