The ladies weren’t the only ones bringing it lat night! A few Fashion Bomb guys came out with their swagger on point:
Chris Tucker looked pretty dapper in his suit….

…fellas, take note: with 2 or more buttons on the blazer, leave the last button undone!
Jay-Z brought the flyness…. 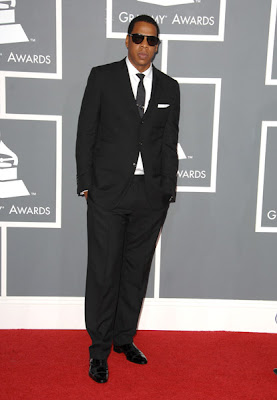 …loving this, and the tinted glasses are a nice touch.
Snoop Dogg and his wifey hit up the carpet… 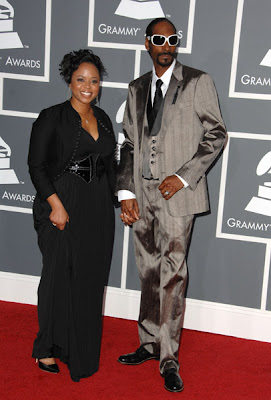 …things that make me go Hmm…? This suit. It’s too shiny, and the pants don’t seem to be tailored. But I gotta give him props for giving us a less pimped out look.
Ginuwine came out of hiding in a velvet suit… 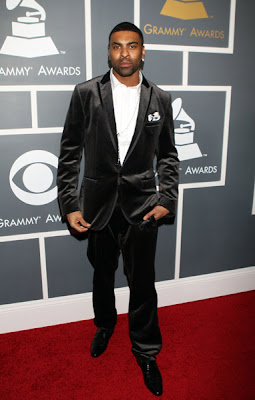 …I love a velvet blazer, but the entire suit makes me go hmm… If he went with a regular pair of black dress pants that fit properly, he would’ve been hot!
Jamie Foxx rarely does wrong as he displayed last night with his daughter Corinne… 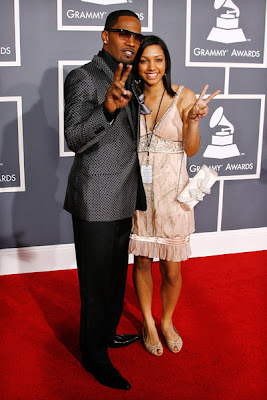 …This blazer is the bomb! And the slightly pointed toe shoe is everything! Fly factor is up!
T.I. never leaves home without his main squeeze, Tiny… 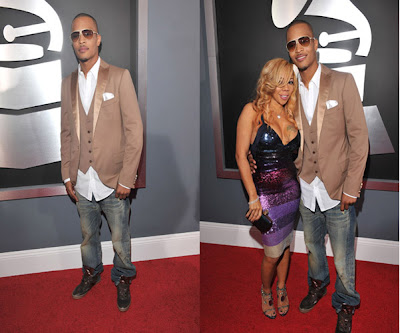 …He kept it dope with a more casual look, and I’m feeling it.
You know the night wouldn’t be complete without Mr. “Martin Louis the King Jr,“ Kanye West himself… 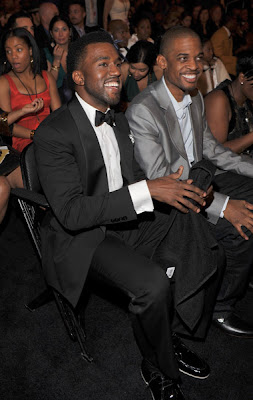 …didn’t see him on the red carpet, but I’m loving his black Louis Vuitton sneaks with his suit.
Young Jeezy kept the fly train on the tracks in his ensemble… 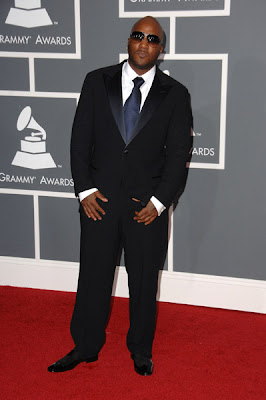 …I love the fact that he went for a navy blue tie instead of a black. Two thumbs up!
T-Pain and his sunglasses were also there… 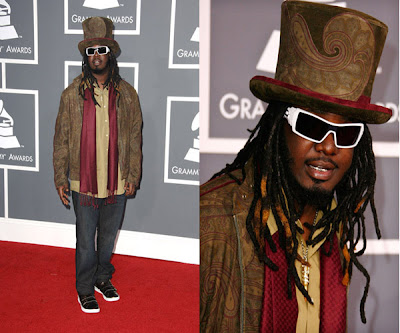 …veering off the fly tracks completely, but this might be the tamest I’ve seen him on the red carpet. I like the scarf!
And lastly, LL rolled through… 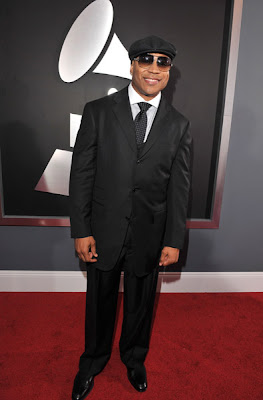 …He looked dapper, but the cut of the jacket made me go Hmm… Too long maybe? Looks a little preacher-esque.
What do you guys think?
~Vuitton