Ah..back in New York, back on the grind!
I was able to indulge in a bit of mag reading on the plane, and came across a very cool item in this month’s Elle Magazine. 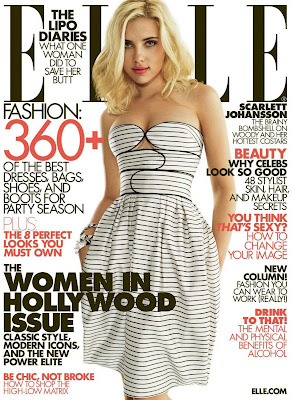 Lili Tan reports that for the second time, Bono’s One Campaign-Edun Project is releasing limited edition t-shirts, whose sales with help fight poverty and bring trade to Africa.

Last year, Bono’s one T-shirts helped raise $276,000, which went towards providing medical care and education to the people of Lesotho, an African country where almost 1/3 of the population is infected by AIDS.

This year, ten dollars from each shirt goes to Apparel Lesotho for Africa, which provides antiretroviral drugs to factory workers and their families. Elle says, “It allows the same people who make the tees to reap trade and medical benefits.”
Plenty of stars are involved in promoting the Campaign, including Kerry Washington… 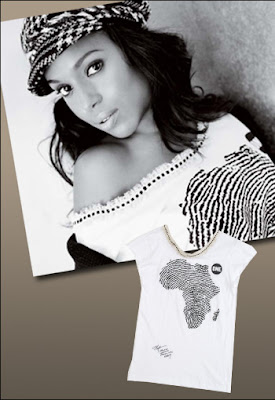 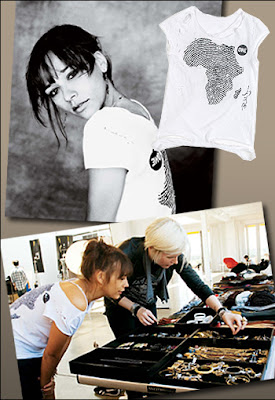 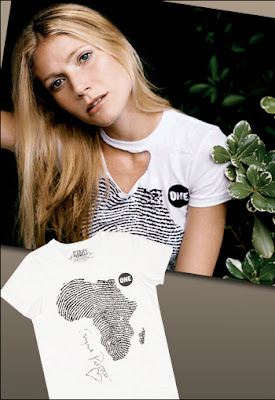 Want one of your own? Visit www.one.org for info on the cause and to get your $40 shirt.
I’m getting one…
Smootches!