Though we tend to think of Tyson Beckford as the consummate Ebony Adonis, apparently his singular gait and breathtaking good looks could only hold a candle to those of Sterling St. Jacques, one of the first black male models. 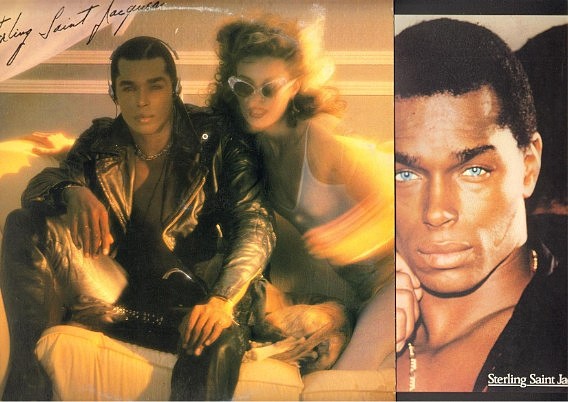 With a strong 6’2” build, defined cheekbones, and gray eyes (often covered by blue contacts), St. Jacques was the toast of the town in the late 1970’s and early 1980’s.  A notoriously good dancer, Sterling frequently set the dance floor on fire with his good friend and model Pat Cleveland, along with socialites Bianca Jagger and Caroline Kennedy.

Pat and St. Jacques were particularly close. They jet setted all over the world, appeared in public as a couple, and were even briefly engaged in 1976 (though St. Jacques was widely reported to be gay). 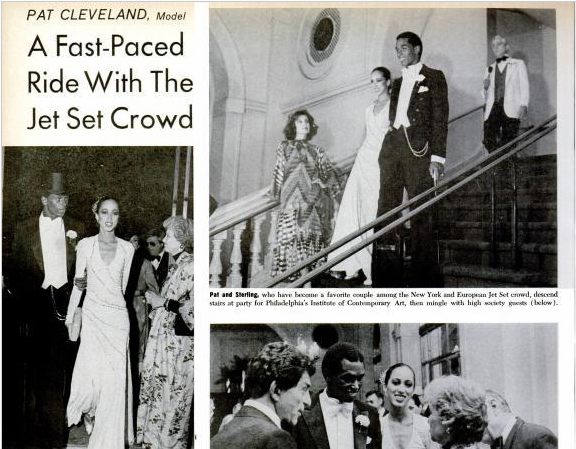 St. Jacques appeared on the cover of Playmen magazine, participated in the historic Grand Divertissement at Versailles in 1973, and walked for Givenchy, Willi Smith, and Halston. He also secured small acting roles in Eyes of Laura Mars and the Italian film Sistemo l’America e torno.

The man about town attracted men and women alike, who lavished him with gifts, money, and trips to foreign locales. It was largely rumored that St. Jacques was the son of Hollywood actor Raymond St. Jacques; by many accounts this was untrue–most believe the two were lovers. St. Jacques died of AIDS complications in 1984.