For a woman, le smoking is an indispensable garment with which she finds herself continually in fashion, because it is about style, not fashion. Fashion’s come and go, but style is forever.“–Yves Saint Laurent

After hearing the news of Yves Saint Laurent’s passing, I decided to pay homage to his memory by writing about one of his major contributions to fashion:

Le Smoking.
A feminized version of the male tuxedo, le smoking debuted in 1966 and was reinvented and redone every season as Yves’s signature silhouette. He revolutionized the industry by being the first to put women in masculine tailoring…

And contemporary women continue to pay honor to his legacy in sleek, form fitting pantsuits: 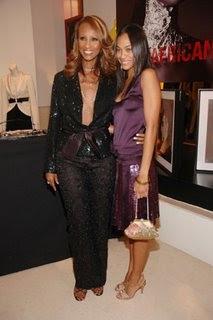 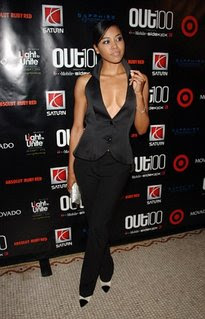 Amerie modernizes the look with a decolette vest, sans shirt… 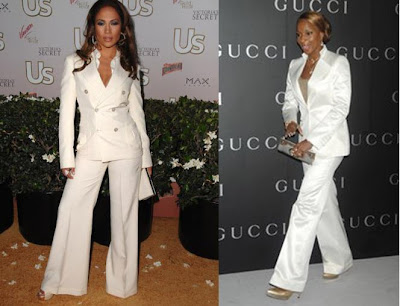 And J.Lo and Mary J Blige wear all white pantsuits on the most formal of red carpets in both double breasted and single breasted jackets.
Chic!
If you want the look, splurge with the following options:

*Fact: Yves Saint Laurent was the first couture designer to feature Black models on runways and in advertising… 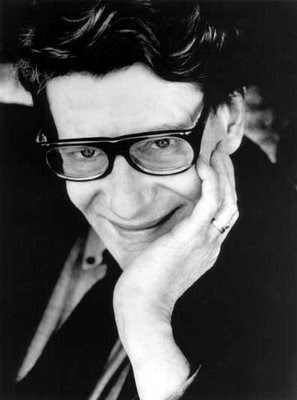 … Naomi Campbell delivered a tearfelt tribute to YSL yesterday saying, “My first Vogue cover ever was because of this man…when I said to him ‘Yves, they won’t give me a French Vogue cover, they won’t put a black girl on the cover,’ he was like ‘I’ll take care of that,’ and he did.” [AFP]
*And, it seems it has all come full circle. The Sunday Mail reported that Naomi Campbell will replace Kate Moss as the new face of Yves Saint Laurent. [Daily Mail]