“Nothing is given to you, every opportunity you have to make for yourself.”–Indashio

Hey!
So you might remember me taking a picture of a dashing young man at the Sean John show a few weeks ago…

…little did I know that this Real Style subject was none other than Indashio…. 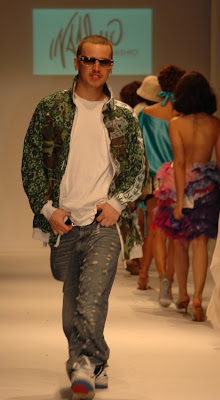 …an urban fashion stylist, designer, and entrepreneur that any fashionista worth her salt should know about! 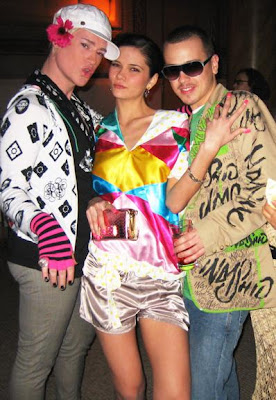 Starting his own line at the young age of 19, Indashio has shown collections in LA, Miami, and New York, and outfitted the likes of Kim Kardashian, Nicky Hilton, Lil Kim, and Christina Milian. 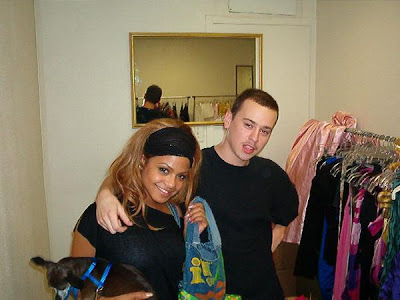 Indashio, which means, “Living the dream,” started styling clothes for his friends in high school. “I never wanted to be a famous designer, “he says, “But I always liked to look good, I always had to have the name brand Filas.” 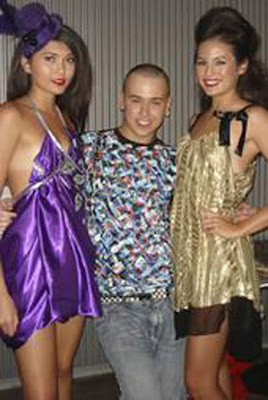 When his parents moved from Massachussets to Florida, a new city and few friends left him with lots of time on his hands. He learned how to sew, and soon had a room full of his own creations. 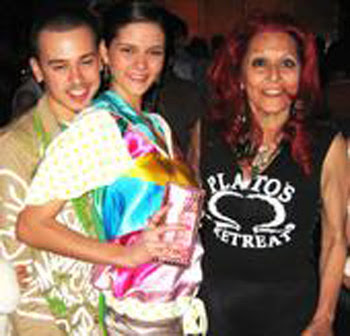 He allowed his persistence to take take hold. “I started calling people,” he says, ” I called the Fashion Director for Vibe Magazine everyday. I got the contact information of stylists at MTV and BET, and sent my clothes to them.” 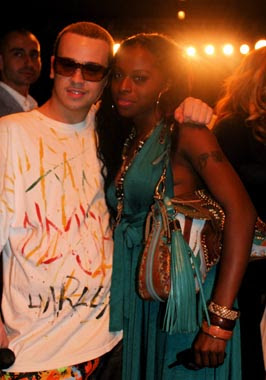 Used to having his samples returned, Indashio was confused one day when he found one of his red chiffon shirts missing. He called his contacts, only to find that Amerie was wearing his shirt for a midday broadcast on BET. 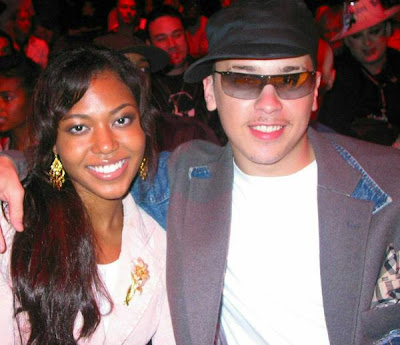 …that’s all she wrote!
His clothes, he says, have an unfinished look and are inspired by anything from cities to movies. He explains, “Beauty is in imprefection. My motto is all about exclusivity, originality. Something nobody else has..” 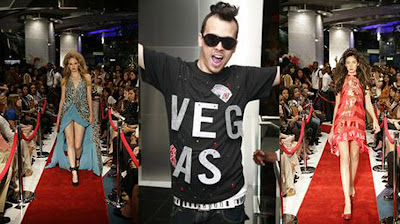 For aspiring fashion designers, he says, “Make opportunities for yourself…that’s the only way you’re really going to do it.” 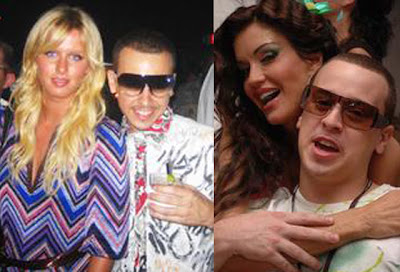 “…If there’s a will there’s a way. Never give up. It’s not gonna happen overnight. Just ask yourself, ‘How bad do you want it?’ I worked for 5 years for free doing whatever I could do. Any money I received, I put right back into my company. Be passionate. Love it and have your eye on the prize and just think about it everyday and manifest it.”
Want more? Visit Indashio’s website at www.indashio.com or befriend him on myspace (www.myspace.com/indashio). Also be on the lookout for his new VH1 Show, Sew Good, hosted by Kelis!
He’s one to watch..and the bomb!
Smootches!
Fashion, News, and What Nots 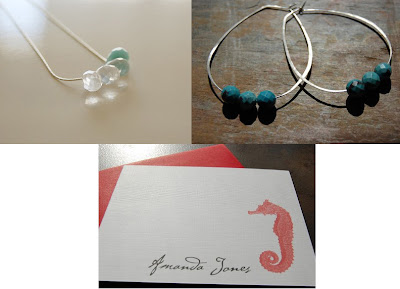 …it features beautiful necklaces, earrings, and personalized stationary. And lucky you! Enter bomb15 for 15% off your purchases!

*Deal of the Day: 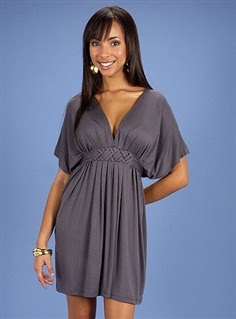 …Woven Kimono Dress, $48, www.styleviolet.com.
*Not sure if you heard, but according to YBF… 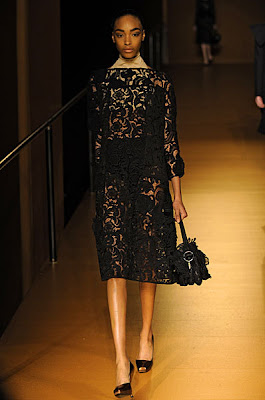 ….Model Jourdan Dunn made history yesterday by walking in the Prada show in Milan–the first black model to do so since Naomi Campbell 15 years ago.