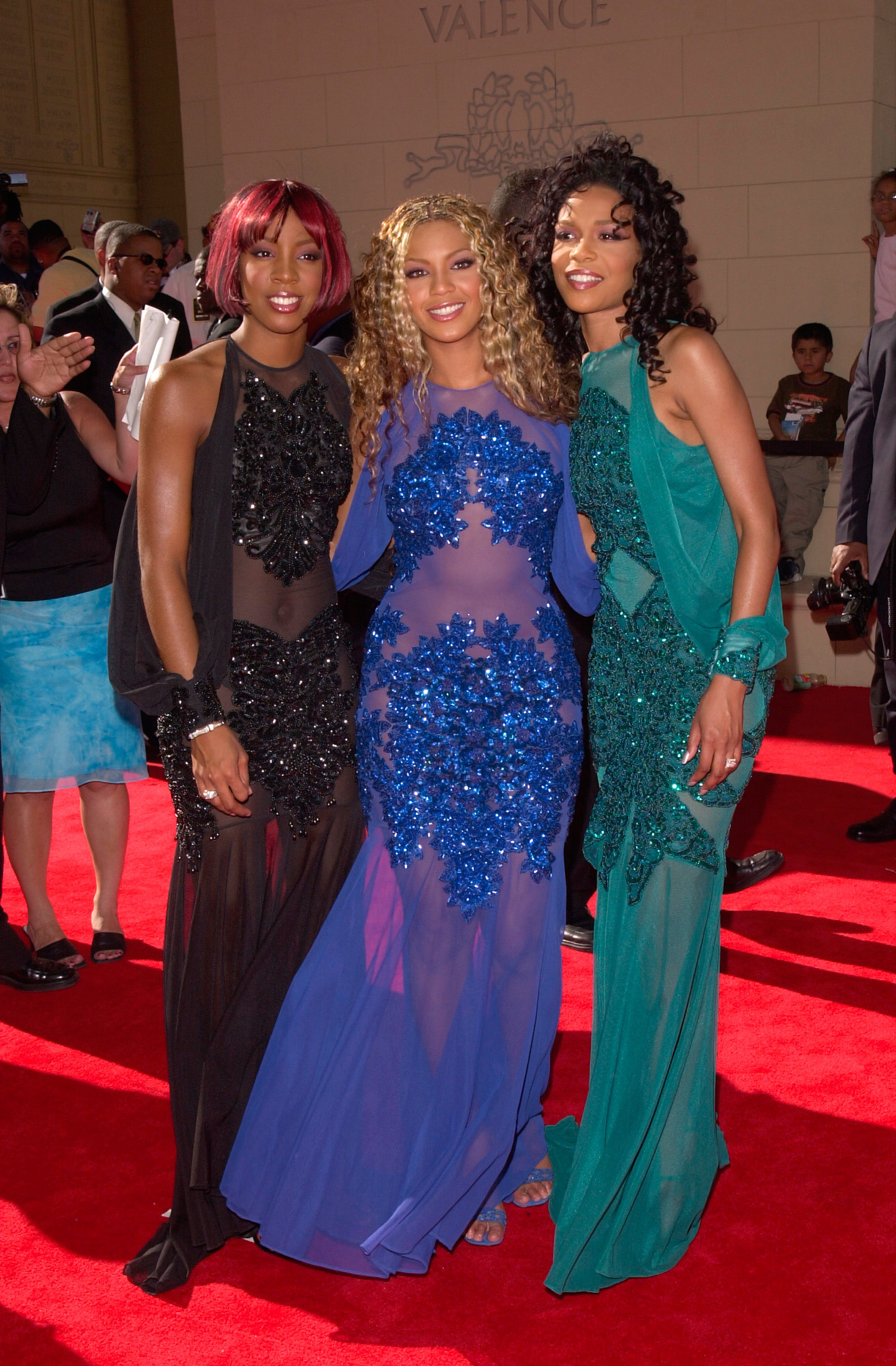 The 2021 BET Awards are going down, but this year, due to COVID restrictions, the show will happen virtually! Host Amanda Seales will rock the mic this Sunday, June 27th at 8/7C (find more details here). While we unfortunately won’t have the same red carpet (and the fashion moments to go along with it), we can still reminisce on some Throwback BET Awards style!

Take a look at a few stand out fashion moments over the years:

Christina Aguilera was stunning in a cut out animal print gown. This look is relevant today. Hot!

Lil Bow Wow was hot on the monogram Gucci trend back in 2002 at the BET Awards at the Kodak Theater. Yes to that jersey and matching sneakers!

Janet Jackson showed off enviable abs at the 2nd annual awards show in 2002 rocking a crop top and a low slung skirt. She was and still is absolutely stunning.

Raise your hand if you would wear Vivica A. Fox’s 2003 BET Awards purple mini dress with coral accents and matching sandals today. We definitely would!

Queen B looked snatched in an LBD in fingerless gloves at the 6th annual BET Awards. Hot!

Rihanna was simply stunning at the 2007 awards in a pretty white dress, metallic pumps, and a gorgeous haircut.

Wow! The ladies of Destiny’s Child looked amazing in metallic dresses, but let’s take a moment for Beyonce:

Rihanna slayed in another winning look at the 2008 awards in a lime ruffled, tiered dress, offset by a red chic short hair cut.

Alicia Keys was stunning in a flirty embellished dress at the 2009 BET Awards.

Ciara mastered the LBD at the 2010 BET Awards.

Ashanti was ravishing in red at the BET Awards in 2010.

Lala seriously sizzled in Tom Ford at the 2011 BET Awards.

Kim Kardashian and Kanye West were couple goals at the 2012 BET Awards.

Keke Palmer looked like a futuristic golden goddess at the 2014 BET Awards.

Daring and sexy, this Nicolas Jebran dress on Zendaya at the 2015 BET awards was bomb.

Janelle Monae was lovely in black and white Sass & Bide and a red lip at the 2016 BET Awards. Janelle always gets it right!

Gold and metallics are always a great choice! Jada Pinkett Smith’s high slit gown was a winner at the 2017 awards show.

Monochromatic looks also work! Cardi B posed at the 2017 Bet Awards in a Givenchy suit and her bloody Louboutin shoes with a Jimmy Choo clutch.

Remy Ma was gorgeous in 2018 in Karen Sabag.

Gucci Mane and Keyshia Kaior were perfection at the 2018 awards, with Mrs. Davis in a pink ruffled dress, and Gucci in a suit with matching pink floral appliqués.

Lastly, Ciara was resplendent in red Jean Paul Gaultier at the 2019 BET awards. She had one of the best looks of the BET Awards–ever.

Which look was your favorite?