Happy Friday!
Sorry for the late post, I’ve had a very busy morning. Why did you have a busy morning, Claire? Well, I’ll tell you.
Last night, I was delighted to get a text from my designer friend Malcolm Harris, alerting me to a forum discussion taking place today, subject: Blacks in Fashion. I quickly said “Sign me up!” and made my way over.
Upon walking in, I caught sight of many fashion notables. I’ll be honest, I almost lost my mind, I was in the company of such greatness.
Sitting right behind me were the following journalistic juggernauts:

Andre Leon Talley (far left), Teri Agins of the Wall Street Journal, Robin Givhan of the Washington Post (obscured), and Harriette Cole, creative director of Ebony Magazine. Oh yeah, and that’s Malcolm with the Peace Sign.
After I sat down, more and more people filtered in.
Tyson made an appearance: 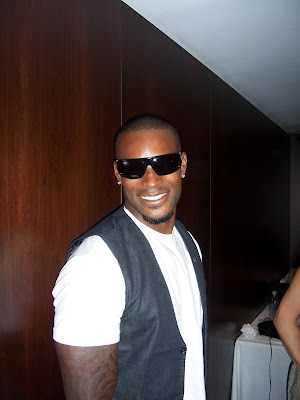 Naomi Campbell (who actually ended up sitting right behind me!) offered her support: 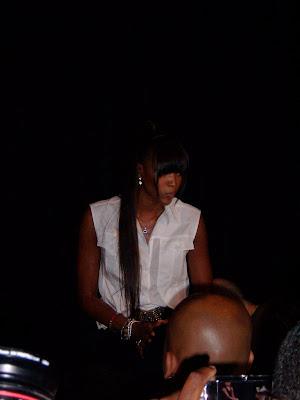 Liya Kebede (gorgeous and so super nice) was in the house: 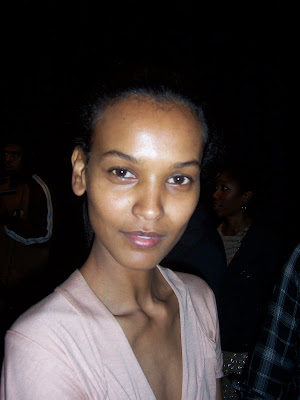 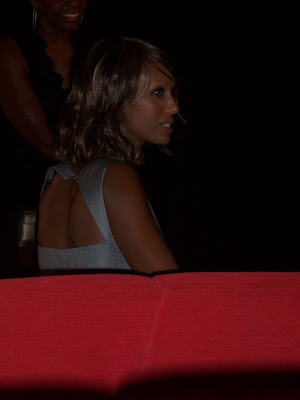 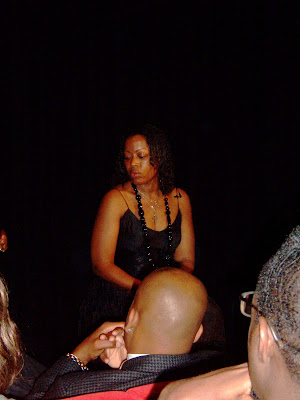 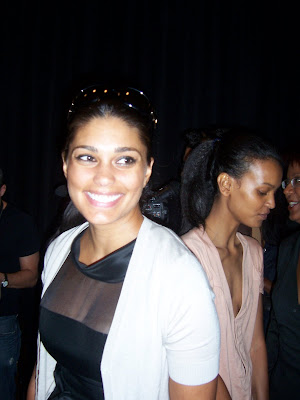 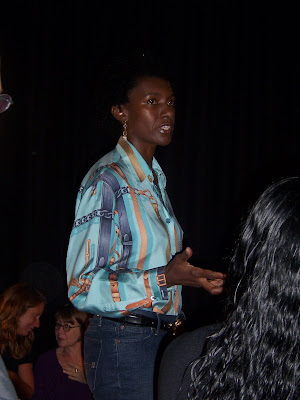 It was truly an amazing showing, and I was excited to be there.
Industry veteran Bethann Hardison… 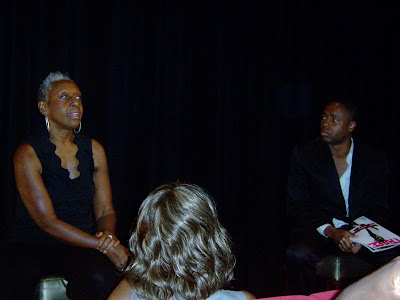 …took the floor as the moderator. She’s a former model, so her pet peeves centered around the “black model issue.” She hated that designers felt that having one black supermodel was sufficient; that people believe black women on covers won’t sell; that agents won’t represent black models; that designers are not conscious of diversity; and that blacks and others in positions of power don’t recognize a problem.

The talk revealed that the Fashion industry is extremely discriminatory and is also the only industry that is allowed to reject people outright based on color. Think about it: If a model sues Calvin Klein for not casting her, she’ll never work again. If a journalist sues a huge publishing house for not hiring her, she’ll have trouble getting published. In an industry based on networking, it’s best not to burn bridges…better to stay quiet and complicit (though that really doesn’t help the problem).

The forum was a bit mind boggling because the problem is complex: agents don’t search for black models because they don’t think they can sell; designers don’t book black models because they feel no need to; magazine editors don’t pick black models because, once again, they don’t think they’ll sell magazines. This is all a farce because we know black women like fashion (hello!) and spend freely. The problem is alerting the powers that be to our presence, beauty, and spending power. I mean, even Naomi Campbell revealed that she hasn’t been able to score a cover of British Vogue…and that the only reason she scored French Vogue was because her buddy Yves Saint Laurent threatened to pull all advertising if she didn’t get it. Yep, even Naomi Campbell has problems.

The conclusion of the talk was such: The group of highly influential people assembled (including Andre Leon Talley, Naomi Campbell, Tracy Reese, Constance White) would attend the next Council of Fashion Designers of America meeting to address this issue. Apparently Diane von Furstenberg (president of the CFDA) is game.
Stay tuned for developments…
Fashion figureheads are really trying to rock the boat (hopefully)!
Will anything change?
Smootches!
PS Of course I made my way over the Andre Leon Talley, and told him of my sincere desire to work at Vogue. He promised that we’d chat afterwards, but after the talk, he disappeared! Like…Casper. Is this part of the problem?
PSS Malcolm seems to think that the power to change things lies in the new generation, us. What do you think? Is there a problem in your opinion? Do you want to see more blacks in mainstream magazines? Or do we just want Suede back?