Hey!
So last night after Reem Accra, I tucked into the Zac Posen show in the Tents….

…it was a celebrity swapmeet with Jada Pinkett Smith… 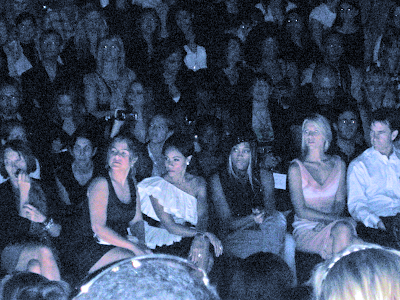 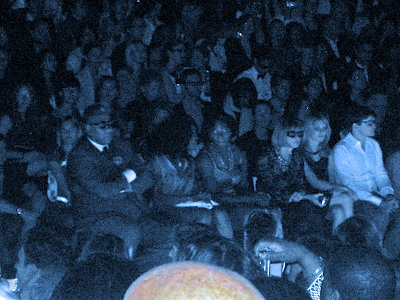 …as well as a host of other celebs, including Rachel Zoe, Patricia Field, Joy Bryant, and Nina Garcia perched on the front row.
I heard a guy behind me say that he wished to run down and take a picture with the Williams sisters, but was afraid of bodyguards. In the end he decided to stay put….I did the same!
After a bit of hubbub, the show finally started. What can I say? I was impressed:

…Zac showed what he does best: alluring cocktails and fluid gowns, amply ready for any red carpet…

..dominated by flowy fabrics, Zac kept the crowd entertained by balancing neutral white and black with pops of leopard print, yellow, and peach, and throwing in the occasional tailored jacket for good measure: 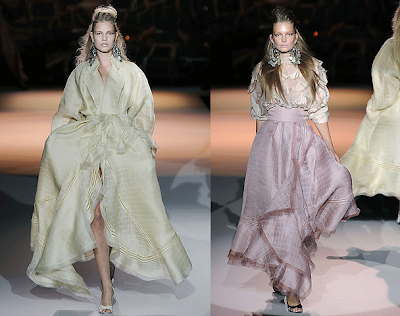 …overall, Zac hit this collection out the water, and I saw many lithe little numbers trendsetting sirens would pluck for an awards show or any other high flashbulb event:

…fierce!
While I hesitated to snap pics before the show, I two-stepped my way backstage afterwards to see what I could see.
I bumped into Joy Bryant, who is tall, thin, and beautiful: 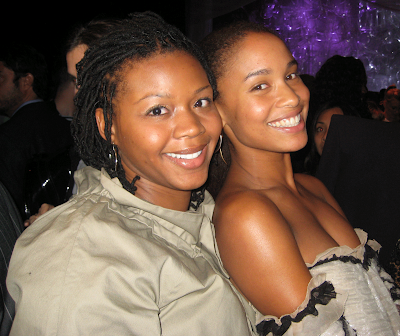 …she was in the middle of telling her friend that she had just ‘thrown something on’, but her frill laced outfit was very apropos.
Also said ‘hey’ to old friend Alexis Phifer.. 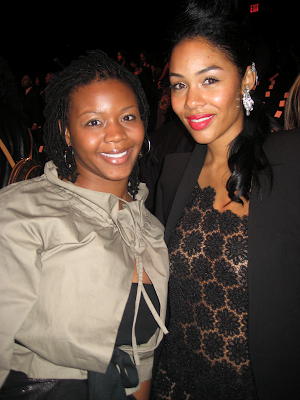 …who is seriously making me want to pop on a red lip.
And of course, had to sidle up to the man of the hour… 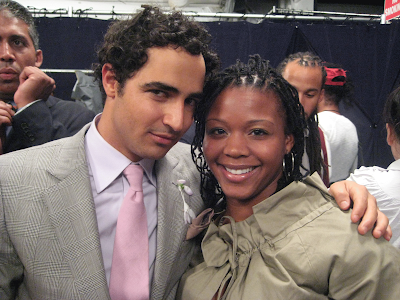 …Zac Posen himself! He was super busy receiving accolades, but took a moment to cheese with lil ol me!
With all that excitement, I was done for the night, but no worries: I’m getting my gold stilettos out for the Baby Phat show and afterparty tonight! Should be a good, fun ending to an eventful fashion week.
Stay tuned!
Smootches!
*Shouts to Inaje, Janelle, and Lawrence! You’re the bomb!!!