Hey y’all!
So I just got home from Baby Phat, and I’m exhausted! The first day of Fashion Week has been both exhilarating and tiring. But I’m staying up late because I’m sure you want to know how Baby Phat went:)
The energy was amazing, and the room was, as usual, packed with industry heads and New York’s fashionable set… 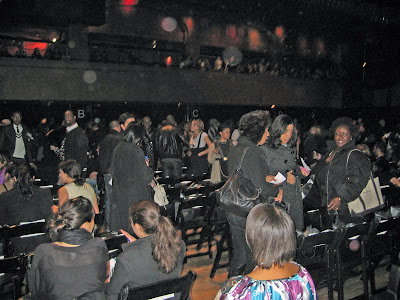 …once I found my seat, I didn’t waste much time before I started snip snapping. I commissioned my girl Stephanie to be my official photographer, and launched a picture assault on the front row.
Lisa Raye was my first victim… 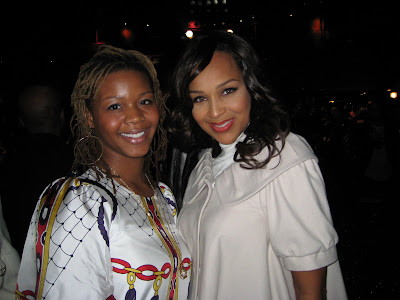 …she was very sweet (and gorgeous!). When I told her about the Fashion Bomb, she said that she’d pass the name onto Vivica (Fox) because apparently Viv loves to surf the ‘net. Surf away!
I then sidled up to Christina Milian… 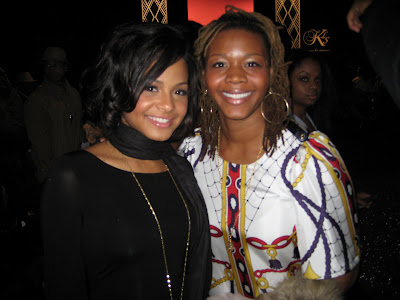 ….who was also a super sweetheart. She’d made the circuit earlier at BCBG, and plans to stay till Monday. I told her to google the Fashion Bomb, and she said she would.
Lisa Raye and Christina were cool, but I almost lost my mind when I saw… 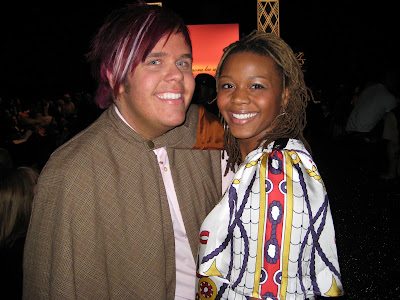 …Perez Hilton!!!!! Do y’all read his blog? It’s like gossip CNN on crack. He’s the biggest blogger in the universe. He was dope, perhaps he’ll post our cute picture.
Stephanie and I were quickly shooed to our seats, and the show began. For the most part, I wasn’t blown away by the collection design wise, though I did love how Kimora played with color…. 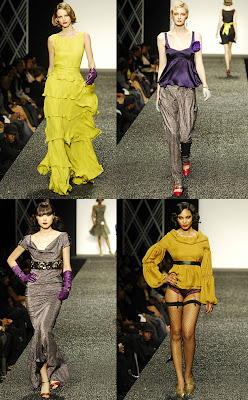 …seems like plum, chartreuse and red will be the hot color combos for next fall.
Even Ming and Aoki were rocking chartreuse (more of a greenish yellow) and purple: 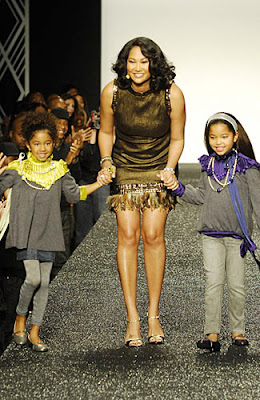 Cute!
I caught a video of the final walk, take a look:

If you squint, you can see Russell Simmons chit chatting with Joss Stone..and Joss Stone chit chatting a lot with Damon Dash. Tee-hee! Also notice, the girls hug Russell first, then stop to hug Djimon…and then show some love to Tyra. They’re adorable.
So after the show, I continued to capture the magic.
Ran into Keenyah (former ANTM contestant), who is very tall and thin in person… 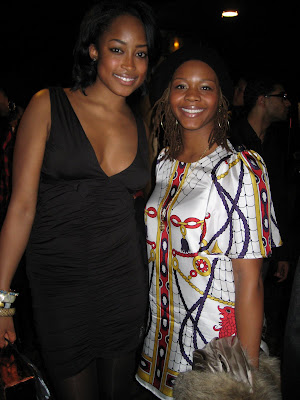 And struck a quick pose with Ms. Jay… 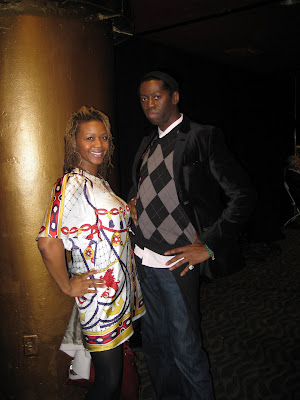 ….he better work!
The show was great fun, and an amazing way to open Fashion Week. This weekend, there’s a ton on my plate, but I’m only looking forward to Tracy Reese! Stay tuned!
Smootches!
Fashion, News, and What Nots

*Like my dress? It’s a brand called Voom, and I got it from Pieces, a boutique in Brooklyn. 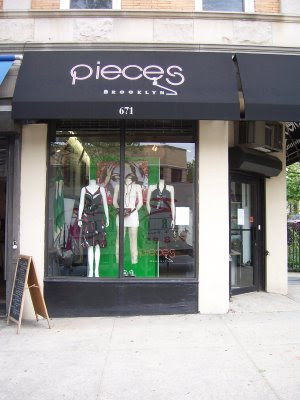 If you’re ever in New York, Pieces is a must visit. They’re at 671 Vanderbilt Avenue at Park Place [B,Q to Seventh Avenue or 2,3 to Grand Army Plaza], and online at www.piecesofbklyn.com. Tell ’em I sent ya!
*I took tons of pictures… 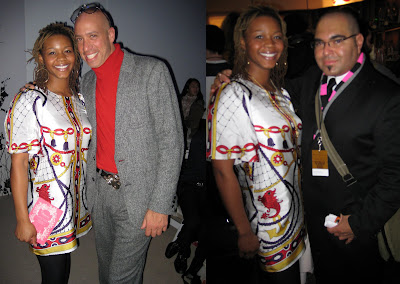 *Oh, I asked Christina where she got this dress… 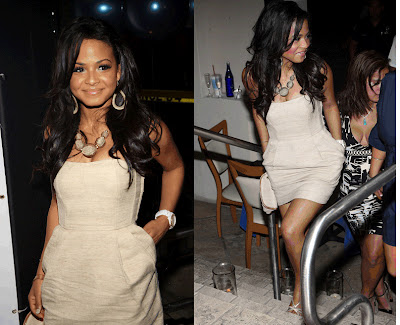 …and she revealed it was H&M!!! How crazy is that? I thought it was definitely a Diane von Furstenberg! See, I’m not the only budget fashionista:)