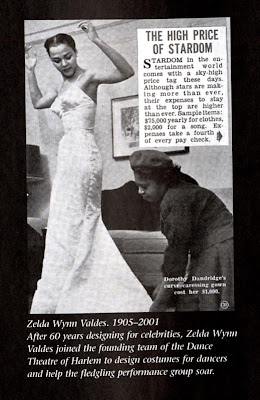 Valdes is not only notable for her stunning creations, but also for her hand in designing the first Playboy costumes for Hugh Heffner in 1950. 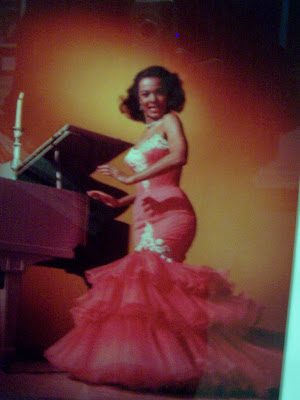 Dorothy Dandridge in a dress by Zelda Barbour Wynn Valdes, 1953
Valdes counted stars such as Gladys Knight, Joyce Bryant, Josephine Baker, Sarah Vaughn, Dorothy Dandridge, and Ella Fitzgerald among her customers. Her client roster became so long, that she eventually opened a shop on 158th and Broadway, the first black owned business on Broadway. She later opened a store called ‘Chez Zelda’ on 56th and 57th streets. 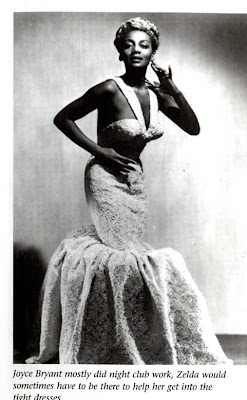 Joyce Bryant in Valdes creation
Valdes helped found the National Association of Fashion and Accessory Designers, an organization of black designers. At the age of 65, she started making costumes for the Dance Theater of Harlem and worked everyday until 2000, when she retired. 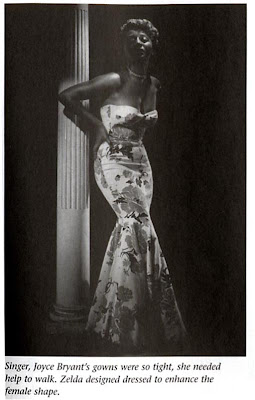 Joyce Bryant in a Valdes dress
A flute of champagne to Zelda Barbour Wynn Valdes (1905-2001)!
Smootches!

The Beret-volution will be Photographed Fashion Week Round Up