Hey hey!
So last night, my buddy Malcolm and I…

…went to In Touch’s 5th Year Anniversary at cool NY night spot Tenjune. That’s me (of course) on the right wearing a Mimi Turner top from Pieces Boutique in Brooklyn. Malcolm is sporting a hot navy blue military style jacket by indie designer Matt Levine.
The crowd was packed beyond capacity…. 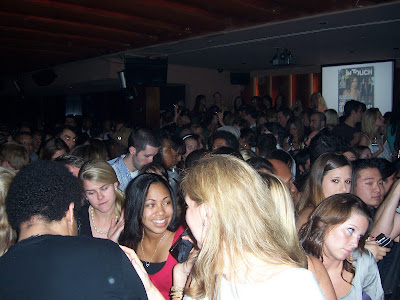 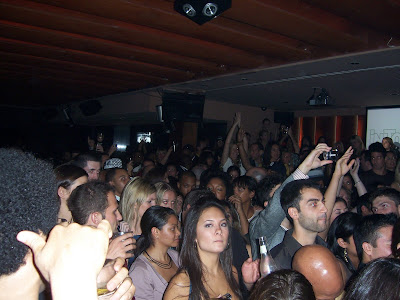 …and a good number of celebs were hangin’ in VIP.
Janet Jackson was in the house with her boo Jermaine Dupri… 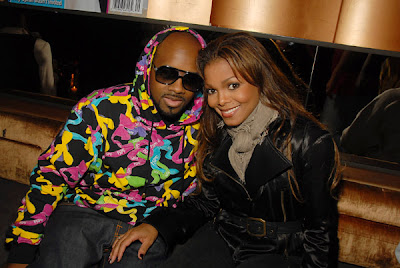 Both looked fall ready, Jermaine in a multicolored sweatshirt, and Janet in a velvet belted trench and scarf (worn over a wife beater and jeans).
Mr. Lova Lova Shaggy also made an appearnance… 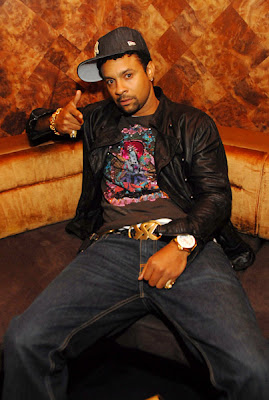 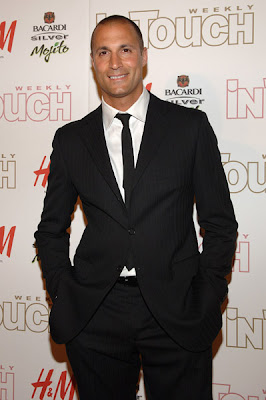 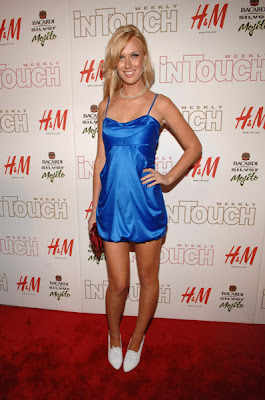 …lit up the red carpet. I’m kinda feeling the color in Caridee’s dress. And peep her shoes! They seemed to be patent leather white spectator shoes. Work it!
The highlight of the night, of course, was a performance by Kanye West. I got a few personal pics… 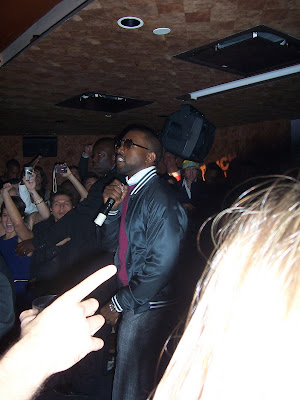 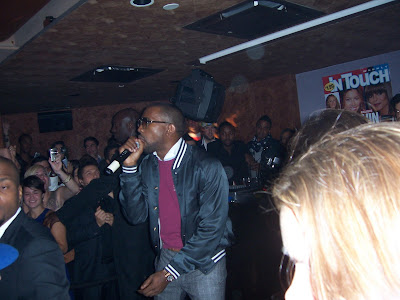 He was so close, it was like he was rapping directly to me! 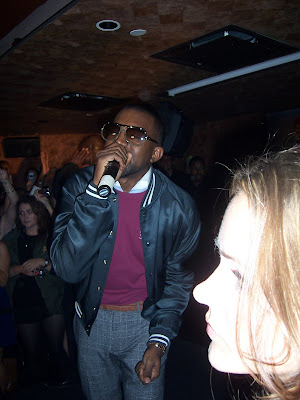 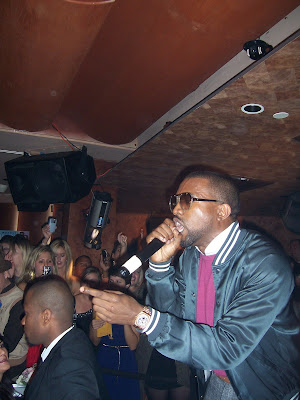 …I fell in love with his Louis Vuitton baseball jacket, sweater, and dress pants. And the glasses were a nice touch.
Swizz Beatz also came on towards the end to bless the mic… 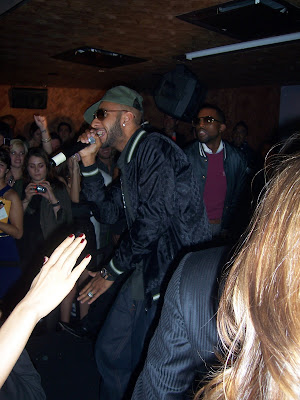 …he was sporting a Gucci baseball jacket. I smell a trend…
It was fun, but you’re probably asking: What does this have to do with fashion, Claire?
Nothing! It’s just my way of explaining why I don’t have a post today! But I’ll bring it back tenfold tomorrow with tons of mail bombs:)
In the meantime, check the following hot blogs for your fashion fix:
*Sylvia over at I Like her Style finds a catwalk copy of Kerry Washington’s shoes.
*Naki at Style Chile gives the blow by blow of an event at one of my FAVE shoe boutiques, Te Casan.
*The B-Life discusses African American hairstyles for the workplace (I cosign)!
*Strictly Fabulous discusses political T’s. Hmm, what a novel idea…
*Hip Candy contemplates sporty Manolo’s.
*The hot girls over at Style Ammo take a look at Fashion Diva June Ambrose.
*And Robin Givhan, from Paris, considers: Where’s the Woman?
Smootches!
PS Venus Williams blogs from Tokyo…and she’s pretty funny! An excerpt:

Tonight I went to the player party, which was fun. I may have let myself down a little bit, because I immediately rushed to the french fries. I just went right to them. I don’t really eat much, so fries count as a carbohydrate! Boiled or fried, the only thing that matters is that I’m eating. I eat to live, not live to eat. And they were so nice and salty. Okay I did have other things like fish and whatever else I had on my plate – but those fries would have gotten cold if I didn’t take them – and even as they got us to do this thing where we hit a barrel with saki in it, all I could think of was the fries getting cold. I know I made the right decision.
Read more here.