Hi!
So yesterday, I decided to take a break from the tents and attend the Fall 2008 collection of Stephen Burrows…

…held at Due per Due, a showroom in midtown.
To review, Stephen Burrows is one of the first African American designers to reach international acclaim. He made his name designing for the 1970’s club crowd–think slinky dresses on the long legged Studio 54 set. He laid low in the early eighties, only to revamp and reenergize in 2002. Since, he’s shown Spring 2007 and Spring 2008 collections.. 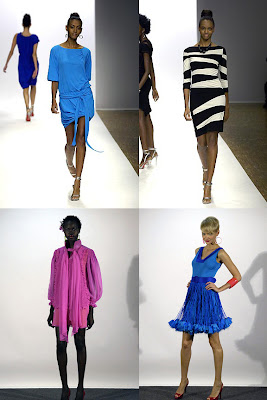 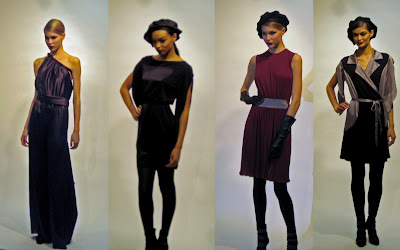 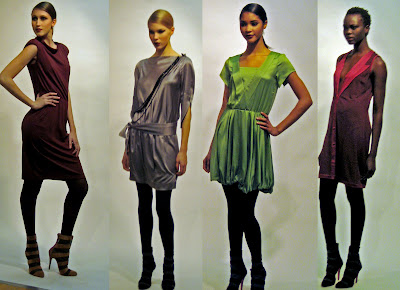 “The storyline is about the culmination of water and earth, and includes elements of matte and shiny, sexiness and body consciousness,” Burrows said, “I used a lot of matte jersey, charmeuse, and hammered satin.” 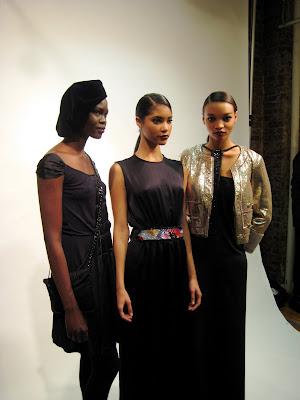 Sapped from the show, Burrows only plans for the night were, “[putting] the showroom together and going to sleep!”
Of course I snapped a picture with the resident industry heavyweight… 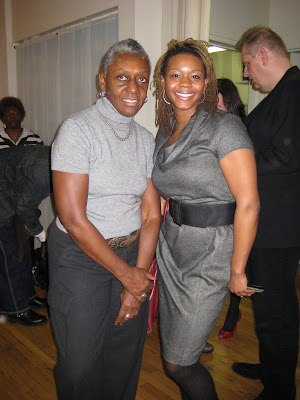 …Bethann Hardison. She did casting for the show. I asked her how she was enjoying fashion week, and she revealed, “Honestly, I haven’t seen much. The tents make me sick! They’re overcrowded, so I only go to shows of friends.” She had been to Diane von Furstenberg and Tracy Reese, and was looking forward to Marc Jacobs and Michael Kors. She plans on having the next “Absence of Color” talk in September. I’ll keep you posted!
I also had to get a picture with the man of the moment: 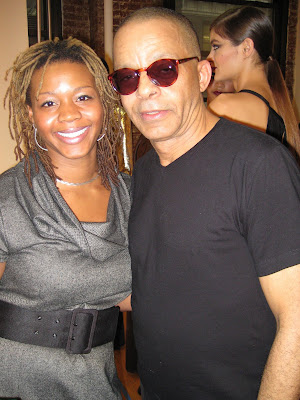 …Stephen Burrows! He was sweet as pie.
For aspiring designers, he offered the following advice, “Learn the business, and become a master of mixing the creative and the commercial.” Got it?
You can view the rest of the collection and find retail locations for Stephen Burrows frocks at www.stephenburrows.com.
So today, you get one two punch: a Fashion Week update and a Black History “Where are they now?” moment all in one!
It’s back to the tents in the morning. If anything cool happens, you’ll be first to know!
Smootches!
Fashion, News, and What Nots
*Yes, that’s my $30 Zara dress, tailored to the hilt. What do you think?

*I’ve been writing about Stephen Burrows since 2006! Check out my old posts here and here.