Hey!
So my friends and I went to the Hamptons to celebrate Memorial Day this past weekend. Aside from enjoying the beach, sunshine, and great food, we also had to stop into the grand opening of a chic, must-visit boutique called Bellhaus (www.bellhaus.net). The shop was littered with the best dressed in the Hampton set, but this young man really stood out in a Fashion Bomb way:

Turns out his name is Courtney Crawford, and he is the designer behind the pair of sky high patent leather stilettos he’s holding.
Like a paparrazzo, I asked who he was wearing, and he revealed that he had on a Calvin Klein Collection suit, Du Champs Shirt, Balmain tie, Dolce and Gabbana shoes, and a vintage Hermes pocket scarf. Super sharp, but he kept it funky with his haircut… 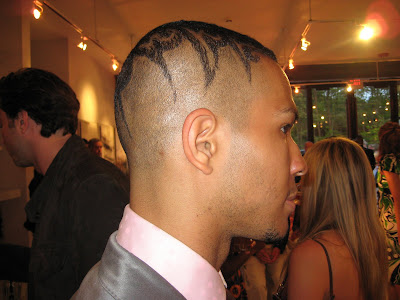 ..swoon!
You can find a few of his shoes at Revolve Clothing (click here), and keep on the lookout for his website, www.courtneycrawford.com!
Smootches!

*Bellhaus Boutique is a fashionista’s utopia for its high end well edited items, and the opening ceremony was absolutely dope. A few more party pictures: 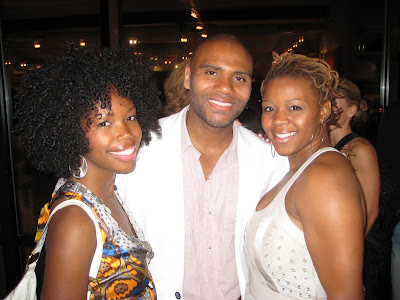 Your truly with my buddy Namik and the boutique owner, Shawn Bell… 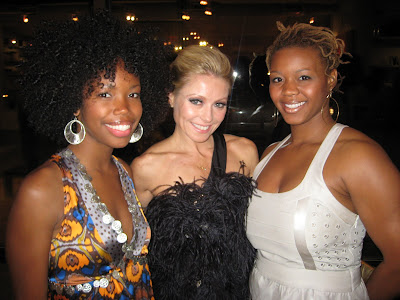 And Kelly Ripa made an appearance! She was super cute in her feathered frock.
Stay tuned for a Boutique Spotlight on Bellhaus tomorrow.
*I couldn’t resist! Check out a few Courtney Crawford creations:

For purchase information, click here.
*OK Courtney is more than a well dressed man with a handsome face! An excerpt from an article on him in Paper Mag, “In the year since he launched his line, Crawford has been busy: He won Who is on Next (a European design competition sponsored by Italian Vogue and the fashion agency Alta Roma); designed Missoni’s feather-happy Spring ’07 shoe collection; consulted on Morgane Le Fay’s debut line; was taken under the enormous wing of Vogue’s editor-at-large André Leon Talley; and so endeared himself to Karl Lagerfeld that he walked in Chanel’s runway show last season. He’s also managed to win over Kate Moss, Mischa Barton, Mariah Carey (in fact, he outfitted her for the entire “Emancipation of Mimi” tour) and Dita Von Teese with his shoes.” Ok then! Read the rest here.
*Thanks Ken!
*LL Cool J and Sears?? 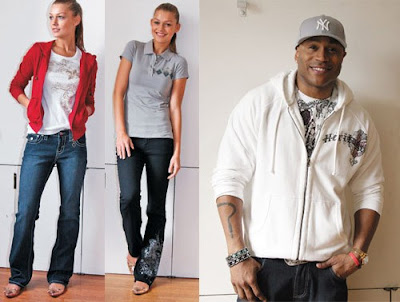 You heard that right. WWD reports that LL will release a collection of casualwear for juniors, young men’s, girls and boys in September in time for back to school. The collection will retail from $22 for a graphic tee to $50 for a pair of jeans. Um, really?