“I refuse to make a model which will sell in quantity. I do not want all women to look and dress exactly alike. I want them to be as different in their dress as they are in their personalities.”–Paul Poiret.

As I mentioned in yesterday’s post, last night was the Costume Institute Gala at The Metropolitan Museum of Art. The celebration was for Paul Poiret…

…a revolutionary Parisian designer who rose to prominence in the early 20th century. 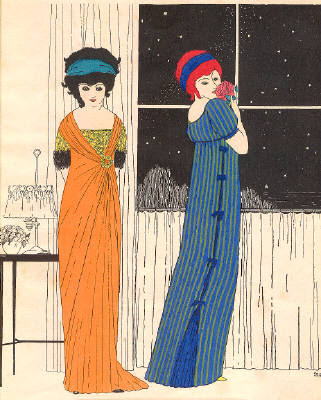 Sketches of Paul Poiret designs
Poiret called himself “The King of Fashion” (kinda like T.I. called himself the King of the South). Poiret’s most noted for eschewing what was then traditional boning, corsets, and petticoats in favor of long flowing Greek and Eastern inspired gowns characterized by lots of embellishments, sequins, trimmings, and vibrant colors. He was the antithesis to Coco Chanel at the time (whose more simple designs were all the rage). He apparently once said about Chanel, “What has she created? Poverty de luxe,” and also called her ‘garconne’ look, “Sterile and Muttonish.” We always like a great fashion catfight, don’t we?
Anyway last night, celebrities, socialites, and the fashionable upper crust came out to the Met to christen the opening of Poiret’s exhibit.
I like to think that all dressed to pay homage to Poiret’s legacy. But while some got it right, others failed miserably.
First the ‘misses’: 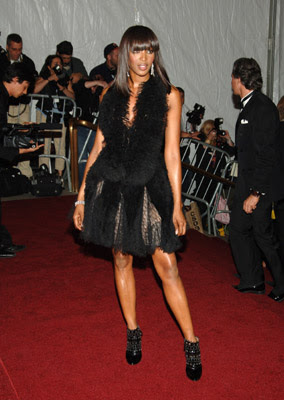 Naomi Campbell’s fur and feather embellished knee grazer pays due respect to Poiret, but the ankle boots take this frock from glamorous to ghetto in one quick once over. 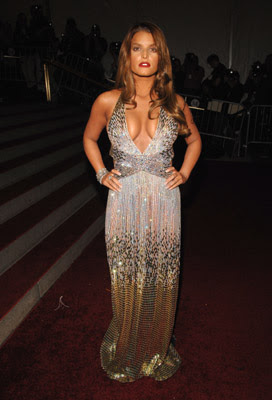 There’s a difference between sexy in a sophisticated way, and sexy in a…’wrong side of the tracks’ way. Jessica Simpson tread that line, but unfortunately fell on the side of skid row in this plunging Marilyn Monroe-esque dress. 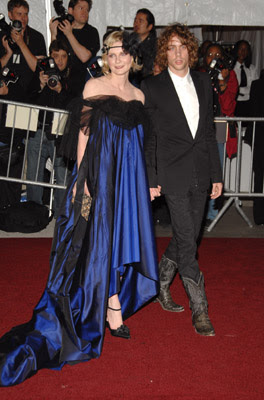 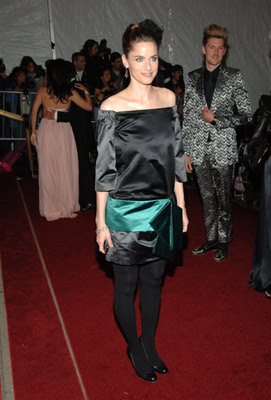 I wouldn’t even wear this outfit to work…
And lastly, Ms. Mary Kate Olsen… 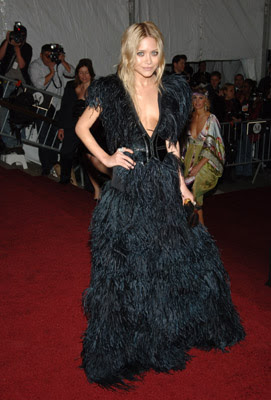 …I honestly have mixed feelings about this dress. I had to suppress my gag reflex when I first saw it, but I must say that she is in line with the Poiret philosophy (feathers accented his signature styles). There’s a difference between feather accents and a feather dress, though…and she seems to be channeling some morbid version of Big Bird. Even though this frock isn’t my favorite, I’ve gotta give it to Mary Kate. It takes a fierce woman to rock this concoction with confidence.
Now for my favorite looks of the night: 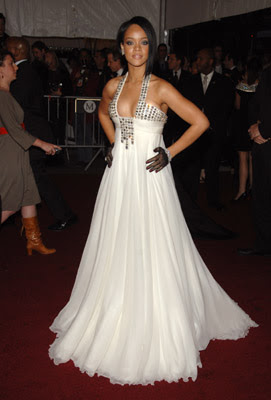 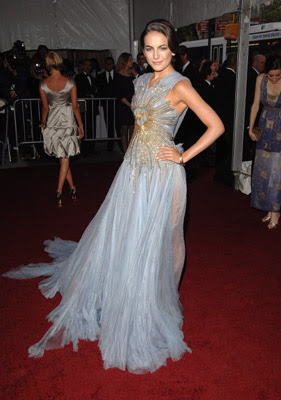 Camilla Belle also uses the Grecian aesthetic to her benefit in this flowing ice blue number. The color complements her skin tone, and the silhouette is simple yet elegant… 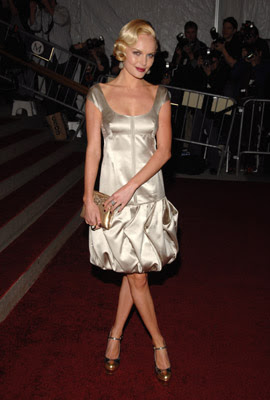 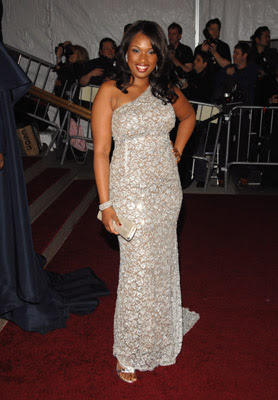 Jennifer Hudson plays it safe in this one shoulder gown…
And my absolute favorite look was a shocker: 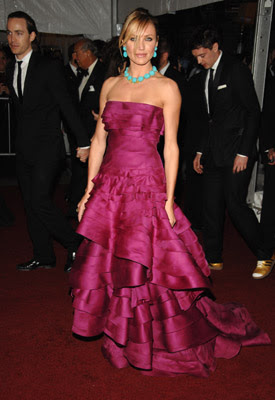 …Cameron Diaz! The color on this dress is searingly beautiful, and the juxtaposition of the raspberry of the dress and the turquoise jewelry is sick. The gown is embellished yet not overdone, and she allows her style to speak through vibrant colors and well plucked jewels.
What do y’all think?
Smootches!
PS The Poiret: King of Fashion exhibit runs from May 9th to August 5th. Find out more information by visiting the Met’s website here.
PSS Want to know more about Paul P? There’s a great article on him in this Month’s Vogue… 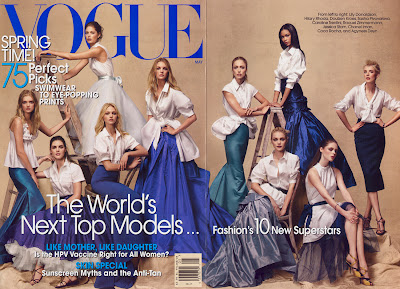 …written by Hamish Bowles. The spread features modern designer interpretations of Poiret’s ideas. Pick up a copy and get your learn on.
PSSS I didn’t do my monthly review of Vogue this month (no scanner access), but aren’t we glad one of the world’s next top models is a sister? But then again aren’t we kinda mad she was on the inside flap?