So last night, I attended another ‘Absence of Color’ forum organized and moderated by Bethann Hardison.
If you’ve been reading for a while, you’d know that this is the third talk in an action minded series focused on the lack of ethnic models on catwalks, in magazines, and gracing the covers of publications.
The first forum was open to about seventy well plucked people, and included the likes of Tyson, Iman, Liya Kebede, and Naomi Campbell…

The second talk, at the New York Public Library… 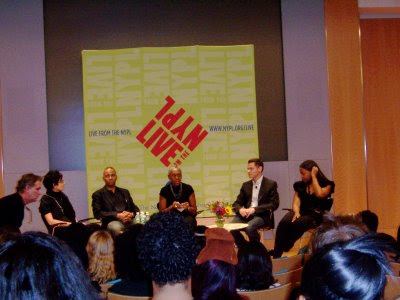 …was open to the public, and was therefore packed to the brim with about 200 people, including the utterly talented designer Tracy Reese… 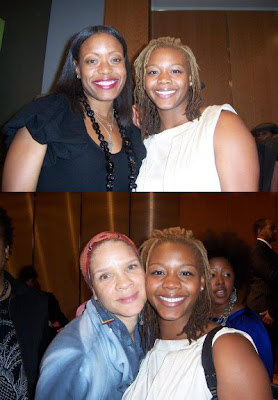 …and writer Michaela Angela Davis.
The third, last night, had the biggest showing yet… 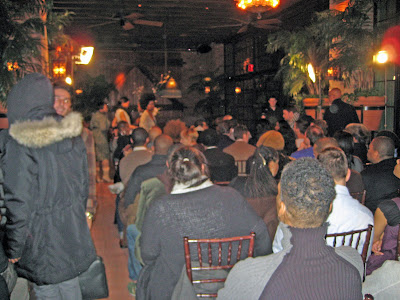 …about 275 designers, editors, journalists, models, and model agents packed into the Bowery Hotel to rally for the cause. 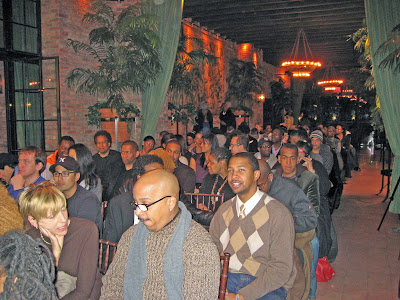 The numbers are slowly starting to grow, signaling a real movement. Instead of this issue being talked about then swept under the rug, Bethann is making it a point to mobilize, get answers, and hold people accountable. I can’t tell you how many representatives from modeling agencies, as well as stylists and designers stood up to defend their practices, or promise to do better (The creative director of Ford Models was there, as well as the head of the North American division of Elite, who offered $1,000 to sponsor the next forum).
An interesting note: Andre Leon Talley wrote in from campaigning for Barack in Chicago to say, “This struggle is so important to all of us on so many levels…We must continue to dialogue, as a change we can believe in has to happen.” Andre, whose New Years fashion resolution was to, “order custom Charvet tennis picque shorts and silk kneesocks the color of clotted cream,” is down for the cause (and for Barack)? Really? Well, it’s good to know that he’s behind this. Hopefully he can start rocking the boat a bit with his buddy Anna over at Vogue–but let’s hope he doesn’t fall out!
So the talk got underway, and a few fashion models took the stage… 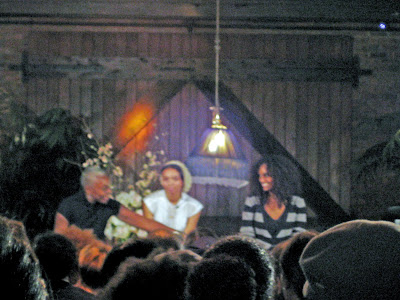 …to voice their concerns. It seemed as if every model had the same exact story: They have a look and an amazing portfolio, go to modeling agencies seeking work, but are told that the agency already has ‘one black girl’ and they don’t need another.
Damon Dash also rolled through with Jim Jones…. 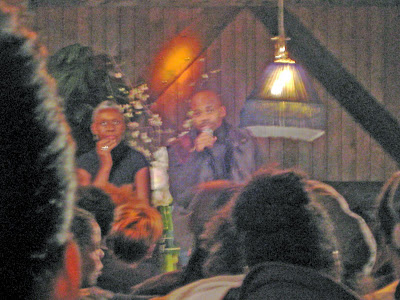 ..and talked about the importance of mentoring in the industry (I think he put it as ‘We need to watch each other’s backs‘). Good point. It seemed as if representatives from every facet of the industry were there. If we all made it a point to bestow a bit of knowledge on each other, reach up instead of pulling down, we could move the issue forward at a heightened pace.
While a ‘conclusion’ was not reached, this talk won’t be the last. Bethann promises to continue having these to let people air their grievances (I have a few…), and motivate until something concrete is accomplished (i.e. more ethnic models on catwalks, more designers of color, more editors of color, more diversity in the fashion industry as a whole).
With Fashion Week about a week away, it’s going to be interesting to ONCE AGAIN see if diversity has increased on the catwalks (and in the tents). I’ll keep an eye peeled!
Smootches!
Fashion, News, and What Nots
*On a related note, Fashion Bomb reader Leigh recently wrote me the following, “I am currently a student in Pennsylvania but I’ll be moving back to NYC in May. Do you know of any modeling agencies that are friendly to African American women? It would be great to get a few modeling jobs to help pay expensive NYC bills. I am not runway thin by any means, but print work or agencies looking for thin and athletic women would be the most helpful. Even if you do not know any agencies I still appreciate your time and effort.” From last night’s talk, Leigh, your prospects are looking quite dim, but reps from Elite and Ford were there, so try knocking on their doors. Anyone else have any pointers?
*Want to recap? Read about the first meeting here, and the second meeting here. Don’t know Bethann? Read my post about her here.
*For the next one, I’ll make sure to post the invite so that every single one of you in New York can come (we can have a Fashion Bomb contingent!).
*Valentino… 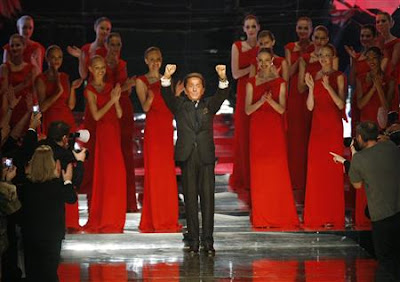 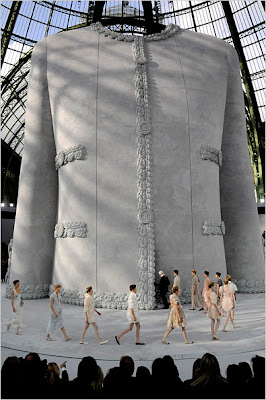 …on the Chanel Show. [NYTimes]