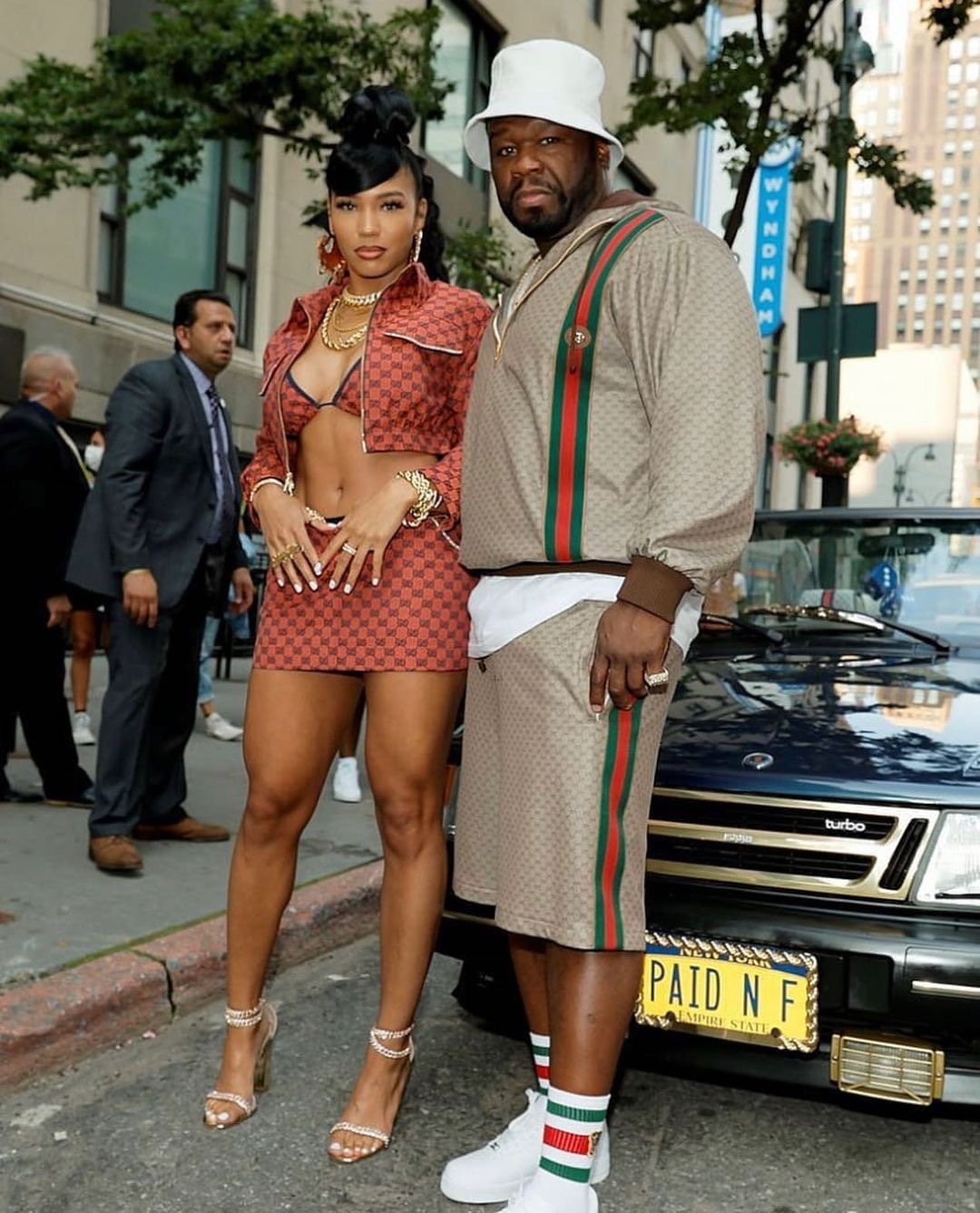 Last night, the premiere of Power Book III: Riaing Kana premiered on Starz where viewers are guided through the next chapter in the Power Universe, taking a deep dive into the early life of Kanan Stark. The show takes places in the 1990s, highlighting all the aesthetics of the decade from music to style. For the show’s premiere, executive producer 50 Cent hosted a 90s-themed premiere party over the weekend where party goers were asked to dress in their best 90s-inspired attire. Stars like Jessie and D’Lila Combs, Quincy Brown, and Cuban Link were on the scene at the premiere event and we’ve got deets on their looks:

50 Cent was spotted with girlfriend Cuban Link in a custom Dapper Dan x Gucci look which included a 3/4 zip-up hoodie and shorts featuring the “GG” monogram and red and green stripes on each garment. He finished off with a pair of Nike Air Force 1 Low sneakers.

The young Kanan and grown-up Kanan link up! MeKai Curtis posed with 50 Cent wearing a custom look by Art of Your Mind, styled by Mickey Freeman. He paired the look with a fist necklace and chunky gold chain. Tapping into the true spirit of the 90s, the look consists of a pullover and overalls, each with a custom airbrush design featuring Mickey Mouse and a brownskin Bart Simpson. While Mickey wears Mekai’s last name on his chain for the top, the words “Power” graces one of the pants’ legs of the overalls. He completed the look with a pair of Air Jordan 1 High “Dark Mocha” sneakers.

DaBaby wore a $1,995 leopard print silk shirt and $1,695 track pants by Dolce and Gabbana paired with a $530 Keith and James “Queen” hat in Canary Yellow. For accessories, he opted for animal print loafers, round sunglasses, and cuban link chain necklaces.

What do you think of their looks?