Adriana here!
Last night, Frye held their Spring 2009 Preview at a private showing on Fifth Avenue. I couldn’t wait to see what they had on tap, as I’ve noticed that the company’s been edging their way more and more into the contemporary arena. And they’re delivering really well. 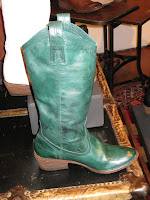 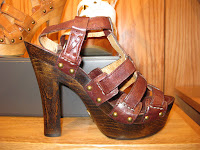 My absolute favorites were a pair of snakeskin platforms and some flat sandals: 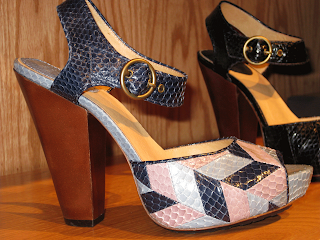 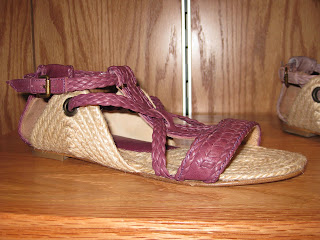 The flat sandals are actually hand-woven and specially made in Spain while the platforms are indeed genuine snakeskin, as confirmed by Frye rep Brittany Penebre, who was on hand to offer fantastic insight into each piece: 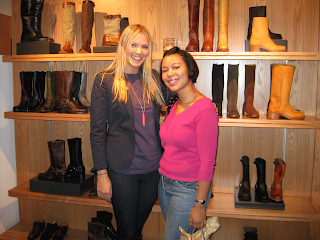 There were also some Frye classics in the line: 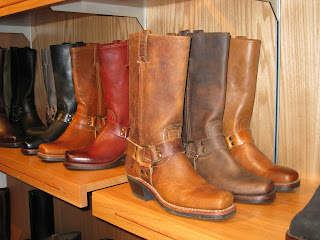 And some spring offerings for men: 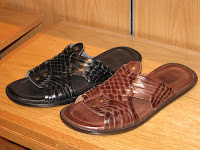 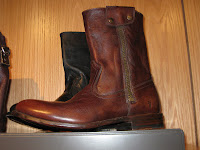 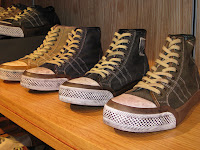 The theme was sophisticated rustic, and all about classic American music–we aren’t the only ones who’ve been thinking about album covers. They had an entire wall covered in them! 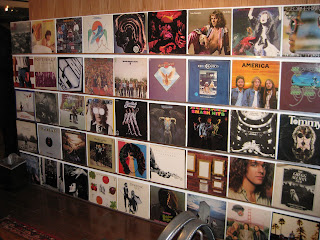 Check out Frye’s current fall offerings on their site and look out for the spring line when it debuts in stores in March 2009!
Adriana