Style and music naturally go together, and few places is that synergy at work more than in an artist’s album cover. Like videos, album covers are used to express the artist’s visual interpretation of their work.
Here, for your consideration, are some all-time stylish classics in the album cover game:

Guy, The Future (1990): No group personified New Jack Swing more than Guy since they effectively created the genre. With hits like “Teddy’s Jam 2,” “Let’s Chill,” and “Wanna Get With You,” the gentlemen’s butter-soft leathers (a ’90s must-have), shades, and hi-top fades were an emblem of their signature hip-hop meets R&B style. Classic. 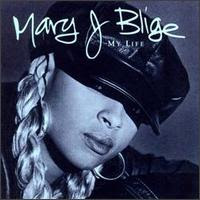 Mary J. Blige, My Life (1994): While What’s the 411? introduced her to the world, My Life was the first glimpse into the personal Mary we would all come to know and grow with for the next almost fifteen years. Instead of her trademark sunglasses, Mary’s eyes are shaded by a then-trendy leather newsboy cap and it, along with her big hoop earrings, blond braids, and the moody black & white photography set the tone for the album’s personal and emotional journey. 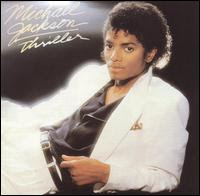 Michael Jackson, Thriller (1984): Seven top ten hits. Over 40 million records sold. Videos that revolutionized the music video genre (and sparked the craziest red leather jacket trend we’ve ever seen). In fact, most people assume that MJ wore his infamous red leather jacket on the album cover when in fact he sports this casual white suit and black silk shirt. Thriller was made especially to catapult MJ into superstar status, and the cover’s image of a star reclining and at ease with his swagger was intended to convey just that. 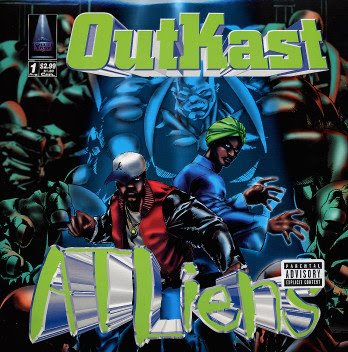 Outkast, ATLiens (1996): Consistently ranked on top album covers of all time lists, ATLiens‘s distinctive, comic book-like cover gives you a glimpse into the futuristic, p-funk-inspired turn that Outkast’s music and image took with this album. I love how detailed it is, especially the little things: the bunching of Big Boi’s varsity jacket, the folds in Andre 3000’s turban, and how it simultaneously manages to express both their individual styles and vision as a group. 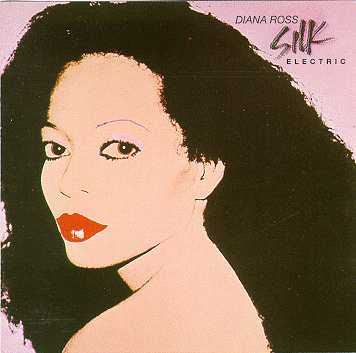 Diana Ross, Silk Electric (1982): More modern art than album cover, Miss Ross’s signature mane and sultry, confident gaze are rendered in a portrait by Andy Warhol that captures the energy and style of the early 1980s (and it’s the album with “I want muscles!”). 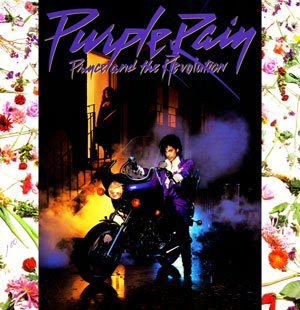 Do I even need to break it down for this one?
There are TONS I couldn’t include (Beyonce’s Dangerously In Love, LL Cool J’s Mama Said Knock You Out, and Marvin Gaye’s What’s Going On, for starters). Send in your favorites (or any you think I missed) and why to thefashionbombintern@gmail.com and I’ll post some on Friday!
Adriana