WWD reports that we might see Michelle Obama on the cover of Vogue soon after the inauguration of president elect Barack Obama:

The article, by Stephanie D. Smith says, “Vogue has been campaigning for a Michelle Obama cover since last September ” both in print and in person. Editor in chief Anna Wintour and contributing editor Andre Leon Talley hosted several fund-raisers for the Obamas last summer, rallying the fashion community’s support for the Illinois senator.” 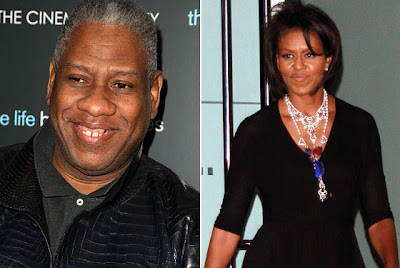 Ok Andre!! The article goes on to say that despite Vogue’s best efforts, Ebony or Essence might get to them first. “The Chicago-based title [Ebony] is quickly assembling a special January issue dedicated to Barack Obama’s candidacy…Essence is also said to be working on a special package for its January issue, but details have not been hammered out.”
Hmmm, so Ebony, Essence, or Vogue?? Which do you think she’ll choose?