*In more Men’s Style News, Kanyeezie hit up the Lanvin show in Paris with this nerd inspired outfit:

…I don’t mind the shorts!
*American Apparel comes out with chunky jewelry… 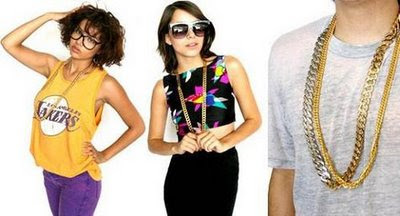 …Ranging in price from $25-$48, they’re perfect for the b-girl or b-boy on a budget. Check out the collection here. [American Apparel]
*Nitrolicious asks who wore it better? 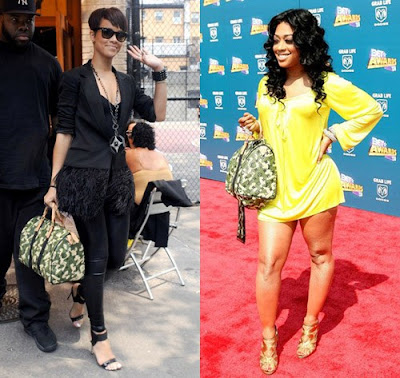 They’re working those Louis Vuitton Camo Bags! [Nitrolicious]
*It’s been a while since we’ve had a contest, so whoever can tell me where one can find this Obama ‘Run DC’ shirt (style after Run DMC)…. 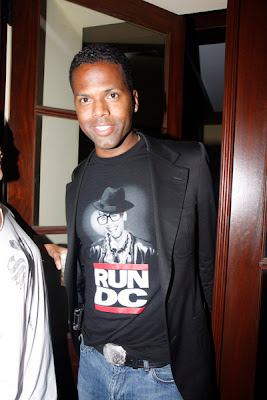 …will win a Fashion Bomb T! E-mail me at thefashionbomb@gmail.com with a link!
*A European Vogue Cover Model committed suicide recently in New York City… 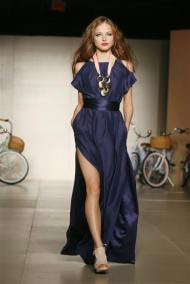 …the AP says, “Ruslana Korshunova, 20, died around 2:30 p.m. in a fall from a building on Water Street, in Manhattan’s Financial District…Originally from the former Soviet republic of Kazakhstan, the almond-eyed, flowing-haired Korshunova appeared in advertisements and on runways for such designers as Marc Jacobs, Nina Ricci and DKNY. British Vogue hailed her as “a face to be excited about” in 2005.” Sad. [AP]
*Ebay was fined for selling fake Louis Vuitton Items online… 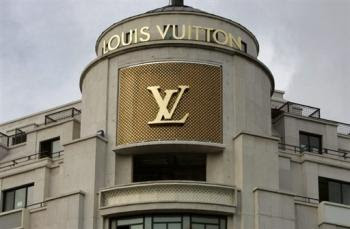 …According to the AFP, “The court found that eBay had committed “serious errors” by allowing the sales of fake LVMH goods and violating the perfume sales distribution network set up by Louis Vuitton and Christian Dior Couture. eBay was ordered to pay nearly 40 million euros (63 million dollars) to the six plaintiffs including 19.28 million euros to LVMH Malettier, which makes handbags, luggage and other leather goods.” [AFP]