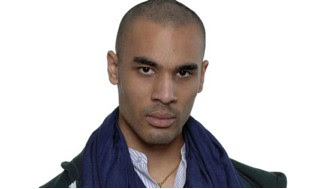 Jay Wilson!
Jay is a 19 year old fashion designer and student at Central Saint Martins. He hails from South East London, and is also currently on Big Brother: Celebrity Hijack with a full house of talented housemates.
Jay has made many achievements in the fashion world at a young age and in a short period of time. He may be a student, but heâ€™s had his collections shown at Caribbean and New York Fashion Week.
His two main lines are Jay Wilson and B.L.I.N.D. which is an acronym for Be Loved In Notorious Doses. B.L.I.N.D. is to his Ready-to-Wear collection while the Jay Wilson line looks to be more haute-couture.
A few looks from Jayâ€™s Autumn/Winter Collection titled â€œThe Dress Up Boxâ€:
He likes neutral colors, and mixes it up with casual styles like hoodies… 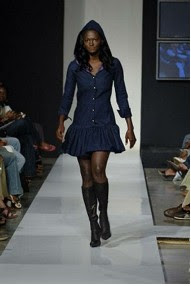 Adds dashes of colour to brighten up the fabric… 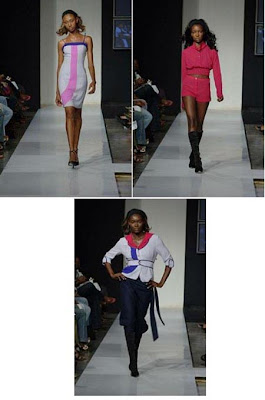 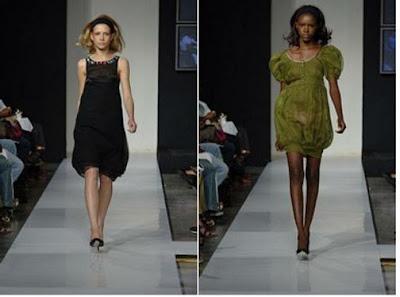 …and puff sleeves with bubble hems.
His Spring/Summer Collection, â€œ A Motherâ€™s Love For Her Child,â€ was shown at New York Fashion Week 2006:
He loves brighter neutral colours accented by gold and straight cuts (I love the chains on the bag)… 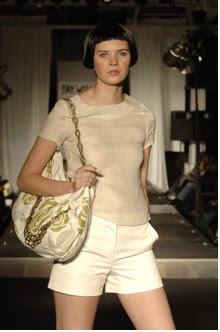 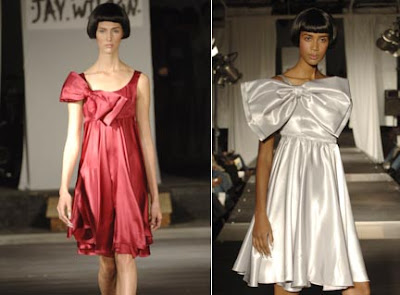 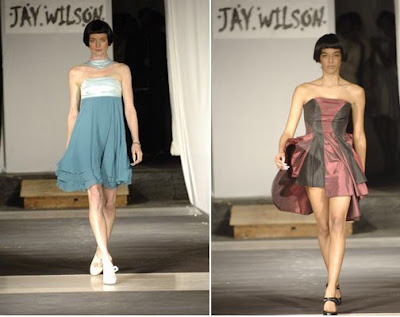 So what did you think? Is Jay Wilson the bomb?
Smootches!
Fashion, News, and What Nots

*Deal of the Day: 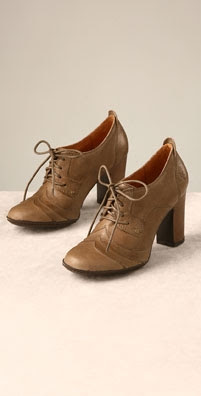 Frye Adrienne High Heel Oxford, $79 from $158, shopbop.com
*In case you were wondering… 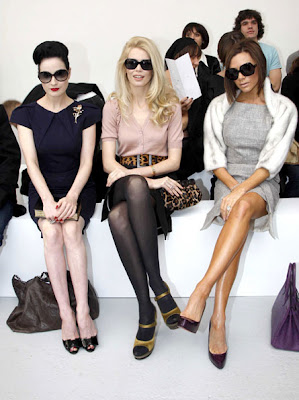 …this is how you dress to sit front row at a Fashion Show. Yes, I’m taking notes…
(PS It’s Dita Von Teese, Claudia Schiffer, and Victoria Beckham at the Roland Mouret Haute Couture show in Paris.)