That the fabulous and trailblazing Toukie Smith was the first African-American model to have a mannequin designed in her likeness?

Ms. Smith, who appeared in campaigns for Chanel, Versace, and Norma Kamali among others, also graced the pages of Vogue, ELLE, Ebony, and Cosmopolitan, just to name a few. Toukie’s history-making mannequin was crafted in 1978, the same year she won the Bloomingdale’s Model of the Year award.

The first person who can tell us which iconic designer Toukie Smith is closely related to (hint: he received his own Fashion Bomb Black History Month tribute a few years back), will win this limited edition Carol’s Daughter Roses & Honey Shea SoufflÃ© … 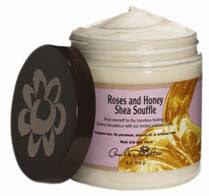 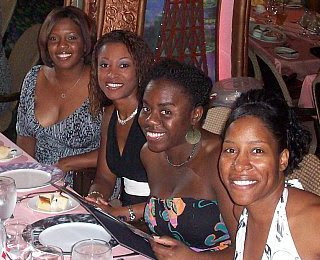 Fashion Bombshell Dionne was the first to correctly guess that Toukie Smith is the sister of iconic designer Willi Smith, who’s received his own Fashion Bomb tribute. Dionne, third from left in the strapless dress, cites Tracy Reese as the black fashionista she receives inspiration from because, “She takes into account the female body when designing and creates something that is not only timeless, but also truly special. To me she is THE quintessential fashion bomb!“ And she’s even wearing a Tracy Reese frock in her pic– loves it!
Congrats to Dionne and thanks to everyone who played!
~Adriana