*Sex and the City’s coming out on Friday, but guess who’s going to a sneak preview tonight??? 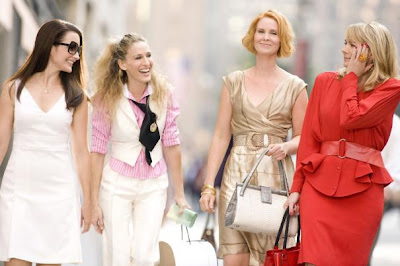 I’m pumped!
Now’s a good a time as any to start reminiscing on the show, so I wanted to indulge in a bit of SATC trivia! As an urban fashion blog, I wanted the question to involve someone of color…unfortunately there weren’t that many, so this one is a real doozy: Whoever can tell me the name of Miranda’s neighbor who helped her with her baby when he was colicky… 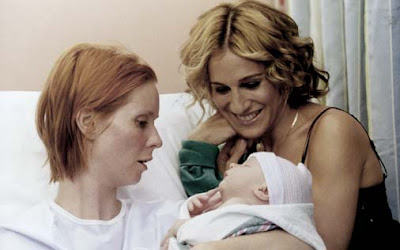 …will win a Fashion Bomb T! Random, but hey…there weren’t too many ‘folks’ in the series! E-mail me at thefashionbomb@gmail.com.
Update: No it wasn’t Blair Underwood! Constance wrote in correctly saying, “The character’s name was Kendall, played by actress Lisa Gay Hamilton.” Correct! Look out for your tee!
*The actual New York Premiere was last night. A few pics: 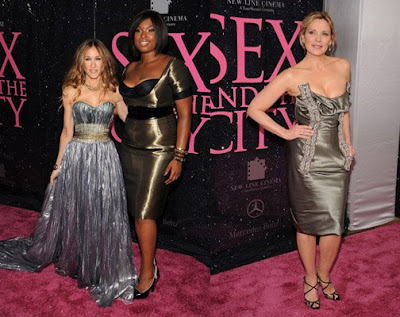 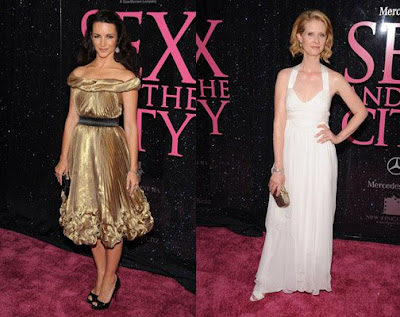 …J Hud better work that dress!
Other Fashion Bomb celebs were in the house: 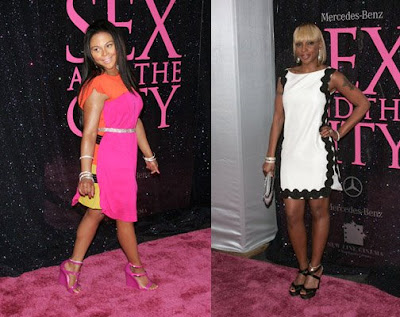 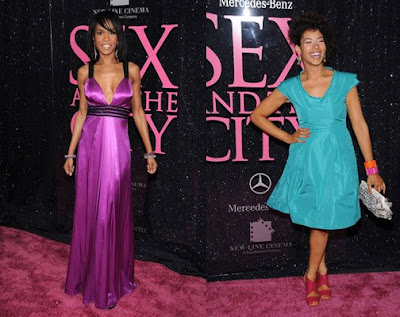 …and Michelle Williams shines in a floor length gown, while rapper Kid Sister looks cute in a turquoise dress with red shoes.
*WWD reports that Mary J Blige, Eric Dane and Russell Simmons each have designed a limited edition Ernst Benz watch to benefit Chrysalis, the nonprofit association that helps men and women transition from poverty. 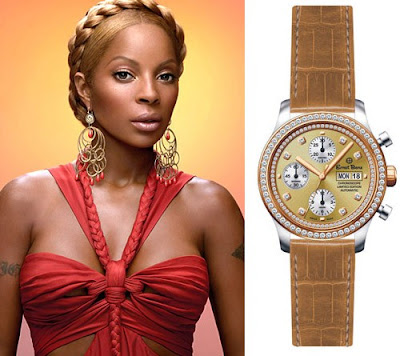 The collection, dubbed Time for Change, will offer a numbered series of 24 watches per designer in honor of Chrysalis’ 24th anniversary. Fifty percent of the proceeds from each watch sold will go to Chrysalis. [WWD]