Labeled the ‘next Proenza Schouler’, their line called Cushnie & Ochs is characterized by, “super-sleek, razor-sharp minimalist designs and neon brights...” They’re ones to watch. Read their interview here. [NYMag]
*Chanel Iman strutted in the Gucci show in Milan yesterday… 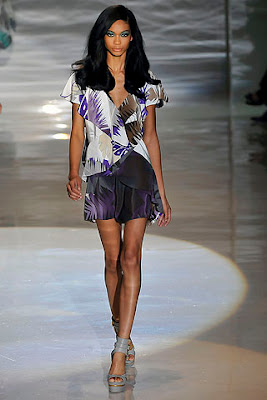 Apparently she was the first black model to walk for Gucci in 3 years (the last black models were in the Tom Ford era in 2005). What took them so long?
*Fashion Bomb friend Kesh shows that she’s ready for fall in a shawl collared sweater:

Get her look with the $78 BDG Intarsia Shawl Collar Cardigan from Urban Outfitters.
*Check out looks from Bixby, Andre Benjamin’s new line: 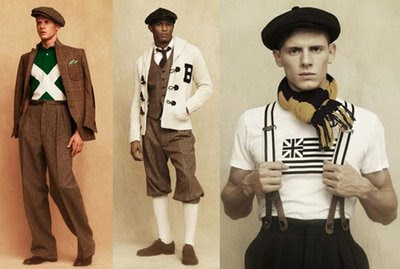 Now. I love Andre, been down for Outkast since “Get Up Get Out” (I’m from Atlanta, I was raised on them). But…would your man rock this??