Hey Guys,
First: Thank you ALL for your kind words. They mean a lot!
Second: In the spirit of change, today Adriana gives you her first post as an official Fashion Bomb contributor!
From now on, there will be no introductions, just Adriana offering her thoughts on trends, celeb style, and the like.
Enjoy!
*************************************************************************
Fashion Bombers, if you’re anything like me, fall has crept up on you despite your refusal to believe that summer’s really over. It seems like celebs have been feeling that way, too, since summer gear still abounds among style mavens (especially at the recent European runway shows), and many of the trends predicted for fall have yet to fully make their way onto the scene. There are a few famous ones, though, who have been giving us glimpses of what’s to come.

The always fashion-forward Solange sported one of fall’s must-haves, a funky tailored blazer, at the recent Giorgio Armani show in Milan:

Other fall trends will make you think you’ve gone to sleep and woken up again in the 1990s: plaid, slouchy styles, and motorcycle-inspired boots are just some of the looks we’ll be re-visiting. Jennifer Hudson and French actress Sonia Rolland offer their interpretations: 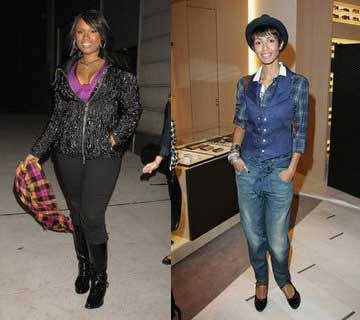 Rihanna almost single-handedly popularized the sophisticated glam rock look (graphic tees, skinny jeans, neon accents, and lots of black) that we can all trace at least one item in our current wardrobes back to, and it’s still going strong for fall. Actress Dania Ramirez and Floetry’s Marsha Ambrosius channelled the style at recent events: 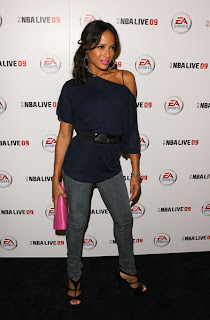 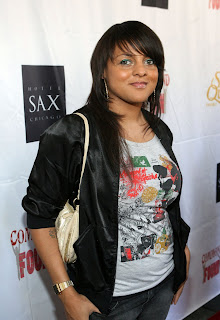 And one of fall’s soon-to-be-staples, the ruffle blouse, has been spotted on Toccara, Janet Jackson, and even Keyshia Cole’s mom, Frankie (man down!), who’s been, believe it or not, developing her own cute sense of style of late! 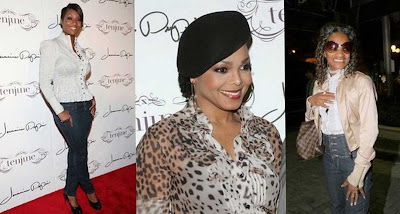 Looking to lead the charge to fall trends, as well? Try some of these similar pieces: 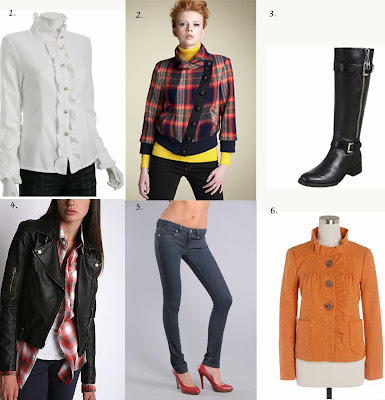