Today, I give you an update on designer Byron Lars… 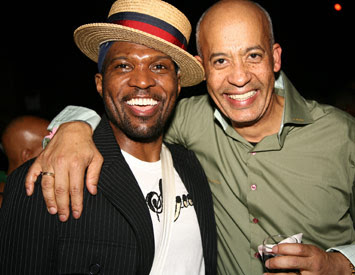 To review, Lars trained at the Brooks Fashion Institute in Long Beach and the Fashion Institute of Technology before launching his first collection. His 1991 collection was hugely popular, earning him the title of “Rookie of the Year” by Women’s Wear Daily. In 1996, Mattel asked him to design a collectible Barbie doll, complete with her own wardrobe. His Barbie designs proved so successful Mattel asked Lars in 1997 to develop an entire line of African-American Barbie dolls, all dressed in designer clothes. 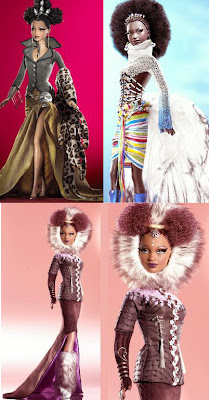 In response to “Where are you Now?” Lars replies, “I’m working on my collection, Byron Lars-Beauty Mark, which offers a full range of sportswear.” Among his career highlights, he says,”When I was first starting out, I attended a fashion function for the Democratic party, and Calvin Klein and Donna Karen were there. They both came up together and told me that they liked what I was doing. I remember running home and calling my parents and telling them about that. It was one of my most memorable moments.”

Byron Lars Polka Dot Mini Dress, $290
In terms of advice for the younger set, he says, “As with anything else, you just have to make sure that you love it love it love it and are willing to sacrifice a great deal for it. I don’t believe the television images really convey how much sweat equity goes into realizing a collection. You have to love it and be willing to work almost tirelessly for it. Love the work for the work’s sake.”
Interested in Byron Lars Beauty Mark? You can find retail locations by calling 212-575-1783. Lars’ collection is also available in New York at the stores New York Look, Runway, and Palma.
If you want to know more, check out this old New York Times article about Mr. Lars.