Today I’m giving you an update on designer Alvin Bell.

A former illustrator for Anne Klein and Halston, Bell rose to national prominence as a designer of suits for the label P.S.I. A talented illustrator, he traveled throughout Europe attending fashion shows, taking pictures, and sketching designs, and eventually published a trade newsletter called Designer Reports. Later, he was commissioned by Sears to create a line, called Mosaic, of affordable clothes geared towards African American women. 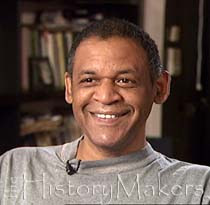 In response to ‘Where are you now?” Mr. Bell says, “I’m writing a book with a new, exciting visual concept– an extraordinarary work of fiction that uses fashion as a landscape.” With about half the book finished, he projects the masterpiece will be on your bookshelves in about a year. Keep an eye peeled!
Alvin Bell was so sweet, he actually invited me over to his studio… 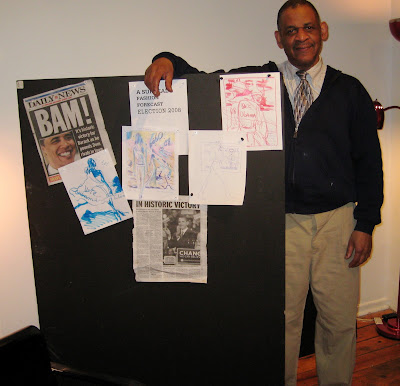 …we had a great time chatting, lunching, and looking through his press book. Cool Fact: he used to sketch for Michael Jackson!

Anyway, there he is, posing with a few of his drawings and clippings regarding whom he supports for the election. How apt! Don’t forget to vote today!
For the younger generation, Bell, a designer of the CFDA, advises, ‘”Keep dreaming and working hard. Work as hard as you can, day and night at what you love.”