Not sure what you all were doing today, but I was casually getting a mocha when Beyoncé released her new song and video for “Formation”. It’s one of her most powerful and explicit to date, with awesome fashion to match. And the styling is on another level as well. B brought together an all-star team, with Marni Senofonte, Shiona Turini and Zerina Akers behind the scenes. B is snatched to perfection in a vintage corset from Palace in LA, a Zimmermann look, and Fallon jewelry. Check out the frock on the Spring 2016 runway below. See it on the runway here: Here she is perched in a Chanel Spring 2016 hat and Alessandra Rich Spring 2016 lace number. Everything was vintage here on both B and the gents, save for Wolford tights and jewelry from Fallon and Dylan Lex. The superstar can slay choreography in pretty much anything! She popped it in a burgundy bodysuit and a Chanel Pre-Fall necklace in this scene. Springtime pastels were on the agenda in a Gucci gown from the Spring season. Mrs. Knowles-Carter has been criticized quite harshly for not always taking a strong political stance. This video shows quite the opposite, as she addresses #BlackLivesMatter, police brutality, and Hurricane Katrina. There is absolutely no question about her feelings any longer.

And Blue Ivy makes an appearance, giving music royalty princess vibes. Her ‘fro is on fleek of course! "I like my Negro nose with Jackson 5 nostrils." #ISlay #Formation

And there’s another song and video on the way! So stay up and tuned to B’s Instagram and Twitter for what she has in store tonight. Not sure what King Bey has in store for tomorrow’s Superbowl Halftime Performance when it comes to these new songs, but naturally it will be epic. 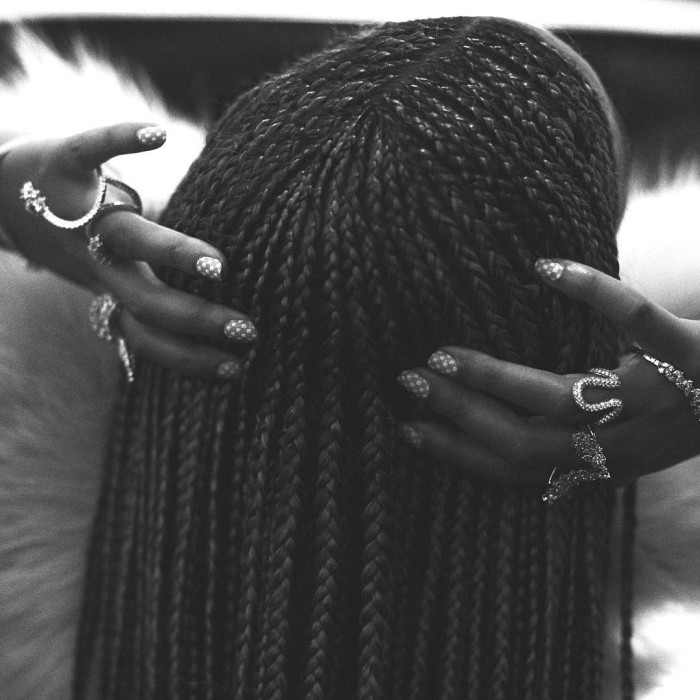 Thoughts on the new Beyoncé vid and song?