No end of the year round up would be complete without mentioning the huge increase in Magazine Diversity in 2008.
The year saw traditional glossies questioning their industry (gently prodded by Bethann Hardison), and turning inward to ask, “Where’s the color?” Perhaps in the Obama era, magazines are seeing that it’s time to get real and reflect the demographics of their country.
After a controversial Lebron James cover caused a critical wildfire in cyberspace, Fashion Bible Vogue took their July issue to ask if Fashion was Racist: 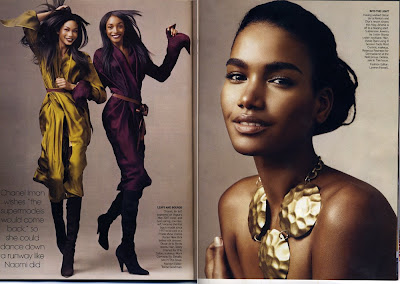 After fashionistas answered, “Yes!” Vogue decided to walk the walk with several spreads, even including Arlenis Pena, Oluchi Orlandi and Lakshmi Menon in a story on the industry’s rising stars:

Harper’s Bazaar also jumped on the multicultural bandwagon, with Tyra Banks gracing their September cover and posing as Michelle Obama in a fun multi pager: 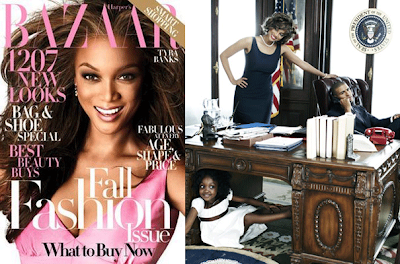 And with the Williams sisters rocking couture on the court for Bazaar’s November issue: 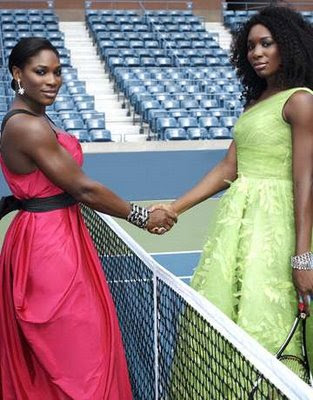 American mags did their part, but no one showed more love than the Italians, who plucked style aficionado Diddy as their cover boy for the October Issue of L’Uomo Vogue: 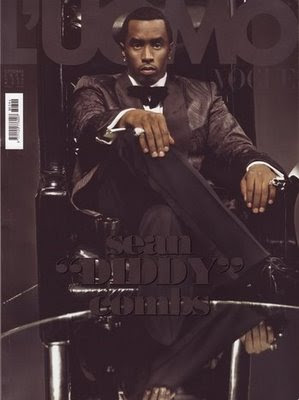 The issue launched Facebook Groups, started discussions, and caused fashionistas worldwide to scramble for collector’s copies. A Time article by Jeff Israely said, “After the original run of the July issue sold out in the U.S. and U.K. in 72 hours, Vogue Italia has just rushed to reprint 30,000 extra copies for American newsstands, another 10,000 for Britain and 20,000 more in Italy.” Cha Ching!
2008 was THE YEAR for magazine diversity, and we can only hope the Fashion Powers are finally understanding that multiculturalism is not only beautiful, powerful, and profitable, but it’s also the future. As ad pages dwindle, it’s best to be as inclusive as possible-we notice!
Didn’t you?
Bisous!
*Shout to Jezebel for Italian Vogue scans.
*If you’re a mag hag, I highly recommend reading the blog Make Fetch Happen. Brigitte sifts through your favorite glossies with a fine toothed comb, and offers well informed, witty opinions.