As we previously noted, 2009 marks Barbie’s Golden Anniversary and even at 50, this number one stunna still turns the heads of young (and not so young!) divas everywhere! Did you know that some of Barbie’s most iconic incarnations have been African-American-influenced?

The “Julia” Barbie, based on Diahann Carroll and her sitcom of the same name… 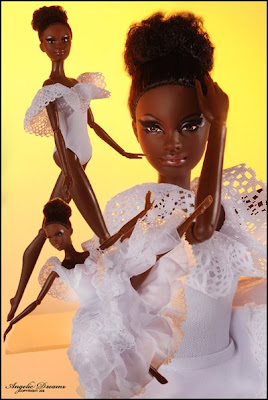 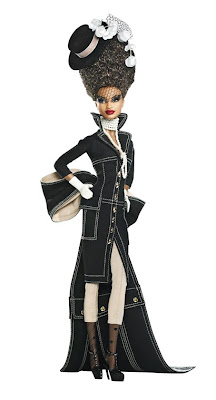 Pepper Barbie, one of several created as part of a collection by renowned African-American designer Byron Lars. Like Marie Antoinette meets Pam Grier–all kinds of fierce… 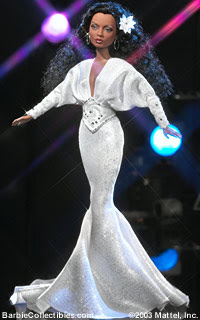 And Hard Rock Cafe Barbie, who’s screaming for a matching Lenny Kravitz Ken doll ;-).
Makes you want to start collecting them again, no?

Barbie’s been influential in so many budding fashionistas’s lives that it’s no wonder designers lined up by the dozen when asked to offer their interpretations of this timeless fashion plate. 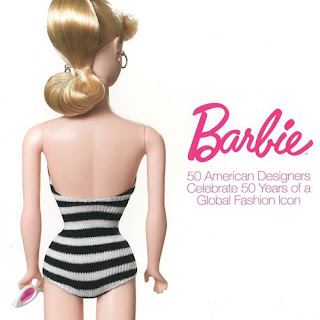 Alexander Wang, Betsey Johnson, Tracy Reese, Catherine Malandrino, Baby Phat, Diane von Furstenburg, and Michael Kors are just *some* of the 50+ designers who will outfit Ms. B at her own special runway show in the tents at Bryant Park on Saturday, February 14 at 3:00 p.m. during New York Fashion Week…and you and a friend can be there to see it all, thanks to fabu Fashion Bomb sponsor American Express! 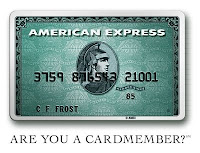 AmEx will give two seats to Barbie’s 50th Anniversary Runway Show to one lucky Fashion Bomb reader!
The first person to tell us Barbie’s full real name wins the golden tickets. E-mail us at thefashionbombcontest@gmail.com with your answers!
See you in the tents!
~Adri
*Sorry but this contest is open only to Fashion Bombshells within commuting distance of NYC!
*Thanks to Angelic Dreamz for the images!