Today officially kicked off New York Fashion Week: Men’s. While we eagerly await a few key designers, we couldn’t pass up the event’s opening party sponsored by Docker’s and the Council of Fashion Designers of America. Designers like David Hart, the Ovadia Brothers as well as Chris Stampd all made it out as well as celebrities. While Tyson Beckford was outfitted in all Dockers, NY Giant’s Victor Cruz turned up at the event wearing his own design. The athlete turned fashion player donned a raw edge peacoat made of denim and blue cotton “Ripper” jeans, both created in his collaboration with denim brand 3×1 last fall. The football player has been cashing in big time on his fashion appeal. In addition to the collaboration with 3×1, Cruz also serves as a face of Givenchy. 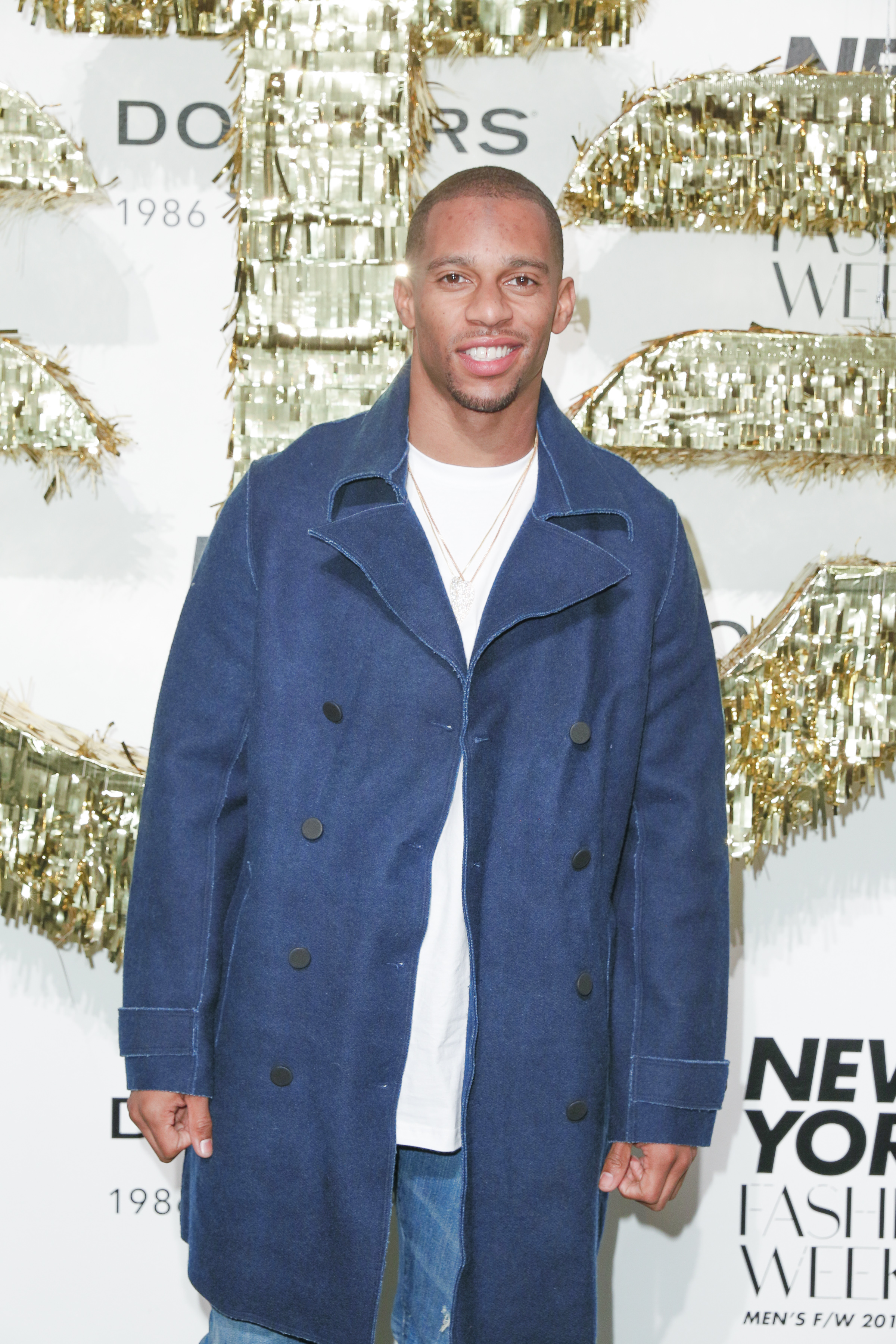 The raw denim jacket featured in the collection is sold out on both Farfetch and at The Webster in Miami; the only two places that stocked the piece. If you are able to find it anywhere, it was originally available for $1,325 so be prepared to pay upwards of that price. The destroyed jeans from the collection are also sold out. Expect to pay upwards of $400 for those if you can find them elsewhere. If you’re hoping to get one of the last pieces from the collaboration, there are only two available: a tuxedo stripe jean and a mandarin collar denim shirt with an ombre arm.

With a Nike sneaker contract, close friendships with designers like Ronnie Fieg of Kith and Chris Stampd of Stampd, this isn’t the last you’ll see of Cruz this week. Did he start it off right?